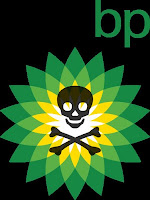 - September 11, 2010
by Laura Rance - WPG Free Press A small group of Winnipeggers is trying to spice up this autumn's civic election campaign with an issue that is dear to us all, but seemingly bland fodder for duelling politicians. Food. The Winnipeg Food Policy Working Group has released an election toolkit designed to help the electorate engage municipal leaders on food policy, an issue they've tended to ignore or simply dismiss. For example, an effort by some Winnipeg residents to gain bylaw changes that would allow backyard poultry earlier this year was permanently put on hold. A request a few years ago for permission to grow vegetables on boulevards was written off as a potential law enforcement problem (people might steal potatoes). The Food Policy Working Group wants to get sustainable food permanently on the planning agenda at city hall by establishing an advisory body similar to what already exists in other major Canadian cities. Toronto was first to step up to the plate with its fo
Post a comment
Read more
More posts