Alternet - Feb. 19'11 An Ecuadorian judge ordered Chevron this week to pay $8.6 billion in damages for polluting the Amazon rainforest from 1964 until 1990. Incredibly, Chevron is known to refuse to pay such damages, even when a court orders it to do so! Read story here.
Post a comment
Read more

The Body That Oversees Broadcasting in Canada, the CRTC, Drops Plan to Weaken Truth in Broadcasting Regulations 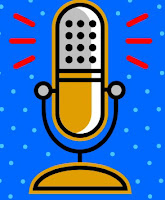 February 18, 2011 — The Wire Report   OTTAWA—CRTC chair Konrad von Finckenstein says the Commission will not proceed with changes it had been considering, to its prohibition on false and misleading news. von Finckenstein says it's because the Standing Joint Committee for the Scrutiny of Regulations, which had been pressing for the changes, will no longer persue the issue. The move follows a groundswell of protest and petitions which gathered tens of thousands of names in opposition to the idea. Many saw the proposed changes as a way to help prepare for the arrival of an American-style TV network in this country which skeptics have dubbed "Fox News North." Read full story here. Please aslso read: "Is Canada About to Descend Into An America-Style Abyss by Cheapening Our Broadcast Regulations?"
Post a comment
Read more
More posts