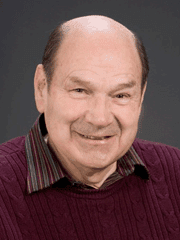 A well-known Canadian climate-denialist, Tim Ball (above), appears on a list of about 24 people asked to block the release of a new documentary film. The award-winning website, Inside Climate News, has exposed secret e-mails from another denialist, Fred Singer, an American. In them, Singer seeks advice from a group of pundits and scientists, including Ball, on how to keep the film “Merchants of Doubt,” from being shown to the public. The film shows how these individuals go about trying to convince government and the public that climate science is not real and that human activity is not the driving force behind climate change. Ball argues on his blog, for example, that water vapour, not carbon dioxide, is the most important greenhouse gas. It is not known whether Ball supplied the kind of advice to Singer that he asked for.  Singer has ties to both the fossil fuel and tobacco industries.
1 comment
Read more

- March 15, 2015
UN News Centre The United Nations announced today that it is taking all necessary steps to respond to the catastrophic impacts of a devastating tropical cyclone that affected most of Vanuatu over the past two days. Story here.
Post a comment
Read more

'Merchants of Doubt' Author on the Origins & Persistence of Climate Denialism

- March 15, 2015
Inside  climate  news Naomi Oreskes discusses the network of pundits and scientists who have delayed action on climate change, and how they did it. Story here.
Post a comment
Read more
More posts