Impending extinction crisis of the world’s primates: Why primates matter 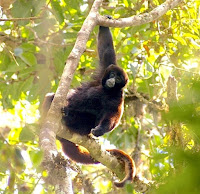 Dear Larry, Trump's attacks on our environment have already started. Donate now and help fight back! Donald Trump has been President for only a few hours. But he’s already started attacking our environment. One of his first acts was to take down the White House’s website on climate change and replace it with an “energy plan.” The plan says Trump “is committed to eliminating” the Climate Action Plan and the Waters of the US rule. Rumors are flowing that approval of Keystone XL and Dakota Access could be next.  This is just the beginning. Trump has announced his intentions. If we let him get away with it, what’s next? Gutting the EPA? Drilling for oil on our public lands in the Arctic? We need to join together NOW and send a message to Trump: every action he takes to destroy our planet will be met with fierce resistance. Donate now and help fight Trump’s attacks on our environment. Standing with you, Ben Schreiber, Senior pol
Post a comment
Read more
More posts