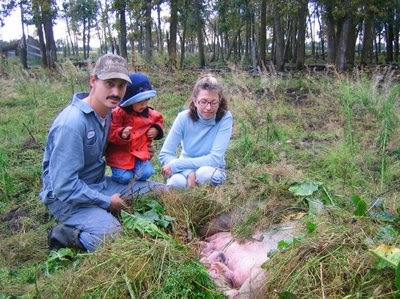 by Larry Powell A west-central Manitoba man says his family got sick from exposure to chemicals from crop dusting planes this summer. Lloyd & Donna Burghart. In the foreground, a sow with several piglets. PinP photo Tens of thousands of acres in the Swan Valley, and around Roblin to the south, were sprayed with crop pesticides from spray planes in July and August, following a serious outbreak of Bertha armyworms, which destroy canola crops. The Swan Valley area is in the far west region of Manitoba, near the Saskatchewan border. Now, Lloyd and Donna Burghart of nearby Bowsman said they believe Lorsban (chlorpyrifos), an insecticide that was being sprayed on a canola crop across the road from them, has made them and their four children ill. "I started shaking and a-sweatin' and I kind of was panicking and I didn't know … how severe the symptoms would be," Lloyd Burghart recalled. "I didn't know if I was going to actually make it to the
Post a comment
Read more
More posts