Showing posts from January, 2019
Show all

Buckle Up Folks - Getting to the East Side of Lake Winnipeg is Going to be a Lot More Dangerous by Road.

- January 25, 2019
by Don Sullivan Story here. Jack Pine I would encourage you all to take a few minutes out of your day today and email the Manitoba Minister of Sustainable Development at; minsdev@leg.gov.mb.ca and se nd a similar email that I have sent below. If necessary copy and paste the one that I sent below and add your name. Dear Minister of Sustainable Development, I am writing to address an urgent matter and seek clarification from you on this matter regarding File: 5991.00 - Canadian Premium Sand Inc. - Wanipigow Sand Extraction Project. In its Environmental Act Proposal Submission, Canadian Premium Sand (The Company), indicates that they will, prior to receiving a Class 2 Licence for the entire project, undertake site clearing and infrastructure construction sometime in February/March 2019. ( EAP submission Part 1 Executive Summary) The Company will need to receive works permits issued under the Crown Lands Act under Section 7(1)(c). For the record I am strongl
Post a Comment
Read more

Consultation or Coercion – You Tell Me 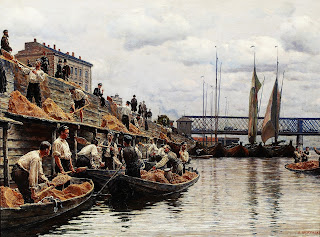 Is a controversial “frac sand mine”about to go ahead on the east side of Manitoba's Lake Winnipeg without proper consent? by Don Sullivan Whenever there is an activity or development, such as the frac sand mine and processing facility being proposed adjacent to Hollow Water First Nation (“HWFN”), that may have an impact on Treaty Rights, the Crown not only has a duty but a legal obligation to consult with the affected First Nation community. Story here. Don Sullivan has worked on, and written about issues affecting the East Side of Lake Winnipeg for almost 27 years. The sand mine referred to here would supply fracking operations with a product needed for them to thrive and survive. Is this what the world needs? Please also read: The Natural Gas Industry has a Leak Problem. Please also read:  The World is Running Out of Sand  - the Smithsonian. Man's demands on Earth's resources are nothing new. This painting depicts sand miners in Poland - circa
Post a Comment
Read more

How a price on carbon reduces emissions.

- January 10, 2019
PEMBINA institute Pollution isn’t free. There is a real cost to the environment and our health when someone — an individual or a business — pollutes, leaving the air, water, or land less clean for everyone.  More here.
Post a Comment
Read more

Carbon emissions up as Trump rolls back climate change work 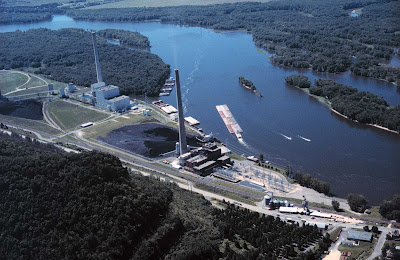 The Guardian A coal plant in Wisconsin. US Geological Survey. Last year’s 3.4% jump in emissions is the largest since 2010 recession and second largest gain in more than two decades. More here.
Post a Comment
Read more 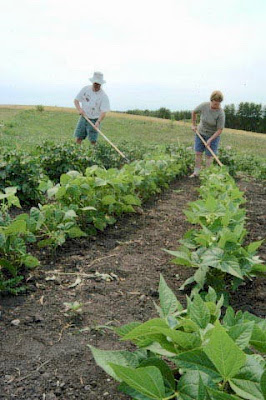 by Larry Powell A vegetable garden in Manitoba. A  PinP  photo. American researchers believe they've found a way to genetically-engineer a dramatic increase in crop production. They've conducted field experiments with tobacco, using a new method which makes the critical process of photosynthesis much more efficient.  (Tobacco was chosen because it's easy to modify and test. The same methods are now being tested on other crops including soybean, potato and tomato.)  Photosynthesis allows plants to convert sunlight into energy and help them grow, increasing crop yield. To do this, most plants use the world's most plentiful enzyme, Rubisco, to capture carbon dioxide from the air and expel oxygen. But in a strange twist of nature, Rubisco captures more oxygen than it should. This produces a toxic compound in the plant which requires a lot of energy to get rid of. It could take more than a decade before this new technology can be put into widespread use
Post a Comment
Read more

A World Where Leaders Are Childish and Children Are Leaders

- January 06, 2019
2 degrees C In this post, Silver Don Cameron of  The Green Interview  highlights the emergence of a worldwide youth climate movement. The rise of youth is being spearheaded by Greta Thunberg, Sweden’s 15-year old climate activist. Greta claims that children are emerging as leaders while world leaders continue to play childish climate games that are compromising their future. More here.
Post a Comment
Read more 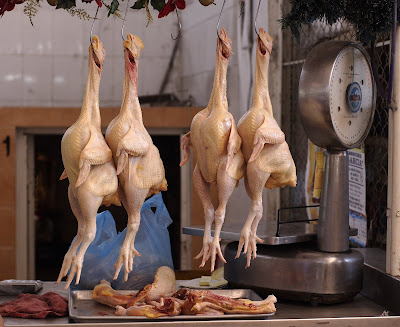 The Guardian Chickens hang in a market. Photo by Tomás Castelazo Eating meat has a hefty impact on the environment from fueling climate change to polluting landscapes and waterways. Story here.
Post a Comment
Read more
More posts