ANOTHER NAIL IN THE ETHANOL COFFIN

A secret report by the World Bank finds biofuels are contributing way more to the current world food crisis than has ever been suggested before!

(Also see my article, "Bursting the Ethanol Bubble" by scrolling way down to older posts.)
L.P.
at September 23, 2008 No comments: Links to this post

THANKS FOR SUPPORTING "EARTH DAY, TOO" 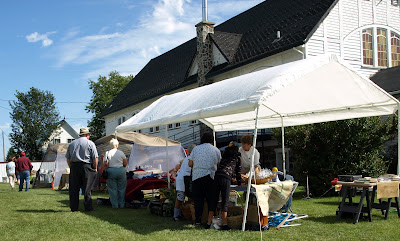 Thanks to all who turned out to support our "Earth Day Too," end-of-season farmers market and celebration in Roblin, Manitoba, Canada on Labour Day weekend! 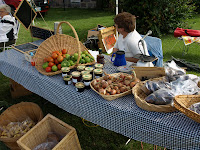 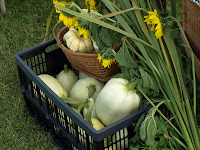 While the crowds were perhaps not all we had hoped for, those who did attend clearly appreciated the produce, crafts, information, tea party put on by our host, the Life & Art Centre, and the live music. Enthusiasts of local food production and marketing and the so-called "eat local" movement are well aware that many in our community grow their own gardens and share their bounty, free-of-charge, with their friends and neighbours। This is a time-honoured tradition and is as it should be.
It is a culture that is well-entrenched and understandable, given the convenience factor.
Come to think of it, this practise surely is as central to the "eat local" movement as any other element - another pillar in a structure we know as "food security."
The consumers we are "targeting" are the ones who continues to buy exotic produce in the store, when the same is available locally!
We propose to help you break that habit by making local food equally "convenient" to attain.
You can read all about my pitch in support of eating local, below.
Just scroll down to "Earth Day Too Returns."
It should be mentioned also that there is no attempt here to put our local food retailers out of business!
We believe that more shelf-space dedicated to local food in these outlets is the way of the future.
Our biggest challenge now is to attract more producers, since the demand for local food, at least in urban centres, is exploding, beyond our capacity to keep up.
My next appeal would be to those who might be interested in organizing similar events in future years.
Help is urgently needed.
Once again, thanks to all who made our event a success, including customers, vendors, organizers performers, the Art Centre and the Manitoba Food Charter.
You are appreciated!
L.P.
at September 13, 2008 No comments: Links to this post

World Health Organization A WHO photo. Agencies call for joint effort to safely deliver routine immunization and proceed with vacci...