Showing posts from April, 2021
Show all

THREE WEBINARS THAT SPEAK THE TRUTH ABOUT MANITOBA'S HOG INDUSTRY 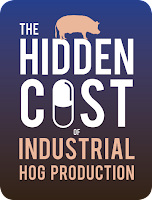 PRODUCED  BY HOG WATCH MANITOBA Learn about the impending disaster of antibiotic resistance.  The heartbreak of having a factory barn as a neighbour.  And the explosion of toxic algae in our lakes.   JUST CLICK HERE AND FOLLOW THE LINKS.
Post a Comment
Read more

- April 19, 2021
Letter - Manitoba Co-Operator  Letters to the Editor Manitoba Cooperator Dear Mr. Gilmour: Re: The carbon credit reality Feb.25 Almost four years ago I saw a full colour, half page ad placed by the Manitoba Pork Council with the Winnipeg Free Press. It claimed that Big Pig, as I know the MPC, had the strictest environmental protection of any jurisdiction in North America. So I wrote the former CEO to ask who had the second strictest. Obligingly, he wrote back to say that he didn't know. Yes, he didn't know. Meaning that the published claim was specious. (I exposed that lie before a legislative committee with the CEO in the room and the ad never again appeared in the Free Press.)  So, excuse me if David McInnes' gushing about Canada's record in food sustainability appears to be similarly suspect. I duly note that he is under contract to 22 various and sundry special interest groups seeking some sort of Good Agribusiness Seal of Approval for food sustainability. You repor
Post a Comment
Read more

Since Covid-19 cases are going in the wrong direction, I decided to repost "My Hero is You." It's a 15 minute video which I narrate. It's designed to help kids navigate through these tough times. It was made available via a United Nations committee about a year ago. It's illustrated with colourful, original images. While it's designed for older kids, you parents can decide if it's right for them. I call it a "Grampa Lar" production. Larry.
Post a Comment
Read more

Of Robins and False Springs. (Video)

APPEARING TODAY IN A JOINT ISSUE OF THE ROBLIN REVIEW AND RUSSELL BANNER. 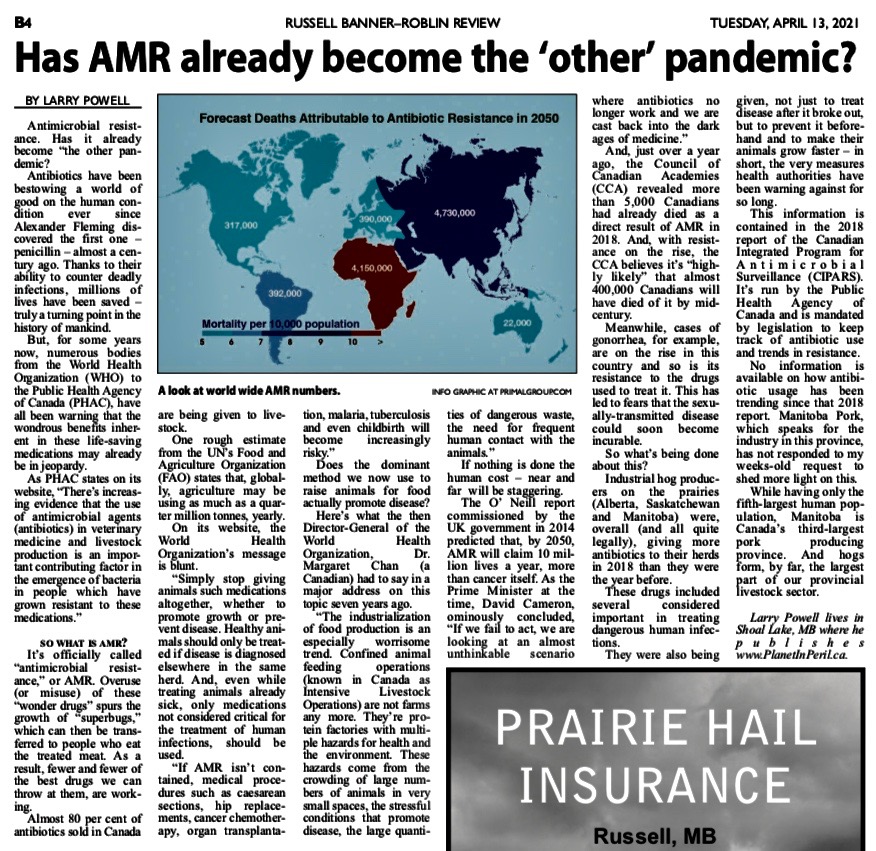 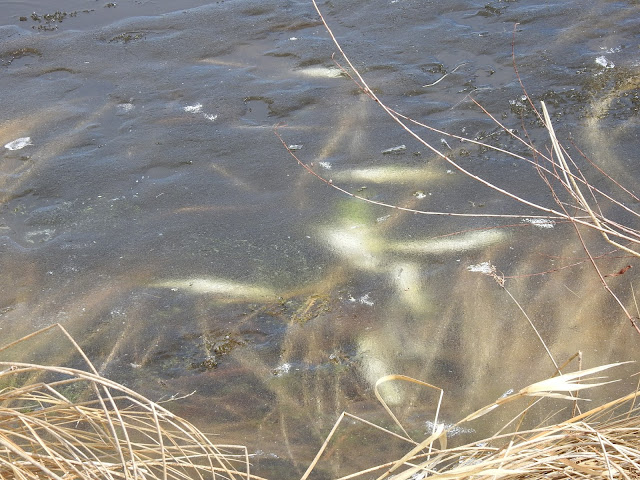 by Larry Powell I spotted these carcasses while going for a walk along the causeway across the northern section of the lake today. These were north of the causeway. I did not spot any to the south. They also appeared smaller and younger than the victims of the major kill which occurred on the same lake two years ago.
Post a Comment
Read more 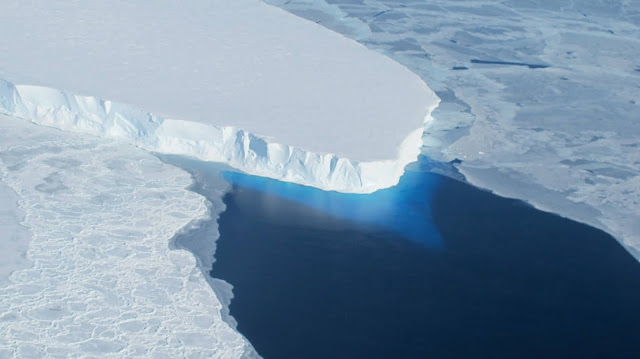 Science Daily The calving front of Thwaites Ice Shelf looking at the ice below the water's surface as seen from the NASA DC-8 on Oct. 16, 2012.  Data from underneath Thwaites Glacier, also known as the Doomsday Glacier. Story here.
Post a Comment
Read more 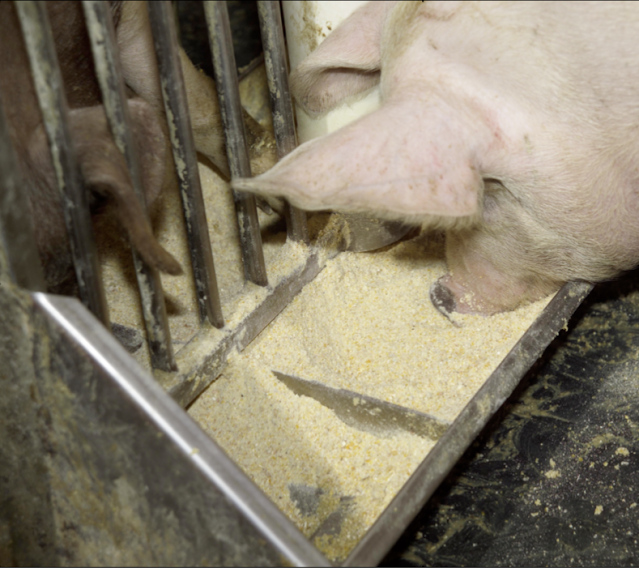 by Larry Powell Prairie producers were feeding more antibiotics to their pigs in 2018 than 2017.  Antibiotics have been bestowing a world of good on the human condition ever since - and even before - Alexander Fleming discovered the most famous one - penicillin - almost a century ago. Thanks to their ability to counter deadly infections - life expectancies have increased dramatically - and millions of lives have been saved - truly a turning point in the history of mankind.  But storm clouds have been gathering over this “age of enlightenment” for some time now. It’s called “Antimicrobial resistance.” AMR happens when antibiotics are used too much, or for the wrong reasons. This does happen when treating people. However, as our own Public Health Agency of Canada (PHAC) makes clear, the real story lies elsewhere. “There’s increasing evidence,” PHAC warns on its website, “that the use of antimicrobial agents in veterinary medicine and livestock production is an important contributing fact
Post a Comment
Read more

WHAT GOES ON ON THE HIGH SEAS? "SEASPIRACY" PROVIDES AN INSIGHT. AND IT WILL SHOCK Y0U. 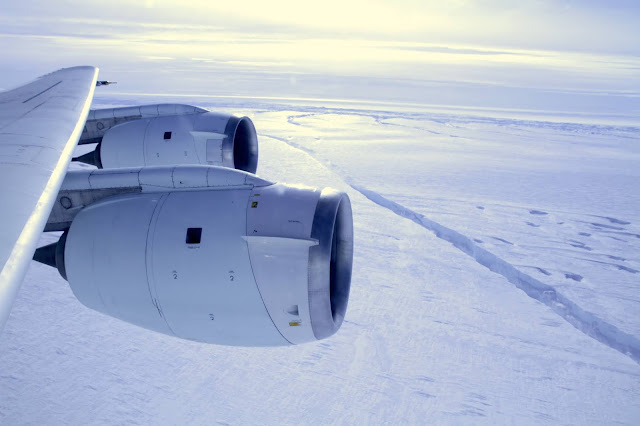 Health Canada approves another product known to be deadly to beneficial organisms. 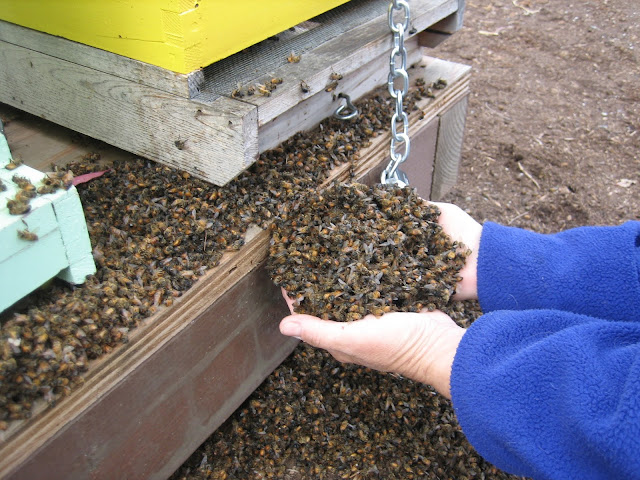 The Western Producer Members of the "neonic" family are known mass-killers, esp. of pollinators such as honeybees. "Karen" holds dead bees at Hayes Valley Farm. Health Canada’s Pest Management Regulatory Agency has announced that neonicotinoid insecticides are not a threat to aquatic insects when used as a seed treatment on canola and in many other instances. Details here.
1 comment
Read more
More posts