Many of the world's largest agro-industrial corporations are pushing forward the poorly-defined idea of "Climate-Smart Agriculture"(CSA) to re-market industrial agriculture as 'climate-ready'. This report uncovers how some advocates of CSA are embracing the extreme genetic engineering tools of synthetic biology ("Syn Bio") to develop a set of false solutions to the climate crisis. More here.
- November 27, 2015 No comments:

Chris Hedges - OpEd News
Another jihadi terrorist attack in the United States will extinguish what remains of our anemic democracy. Fear will be even more fervently stoked and manipulated by the state. The remnants of our civil liberties will be abolished.  We will beg our masters to save us. We will be paralyzed by the psychosis of permanent war. More here.

Email ThisBlogThis!Share to TwitterShare to FacebookShare to Pinterest
Labels: Terrorism

WORLD
RESOURCES
INSTITUTE
Sarawak, a Malaysian state on the richly forested island of Borneo suffers from high rates of deforestation. But understanding this dynamic is made difficult by government secrecy and lack of transparency. More here.
- November 24, 2015 No comments:

The Tawdry Fall of the Postmedia Newspaper Empire

The Cartoon That Got a Cartoonist Fired!

Nestlé Admits Slavery and Coercion Used in Catching its Seafood


Global audit by the food giant finds abuse of workers who catch seafood from Thailand. Story here.
- November 24, 2015 No comments:

Cam Fenton - 350.org
Friends,
The government of Alberta made a pretty major announcement this week. They rolled out plans for a climate policy that includes a phase out of coal power, a price on carbon, and a cap on tar sands emissions.

This announcement is huge. Some people are even calling it historic. But, like a lot of announcements related to climate change these days, it’s historic, it’s game changing -- and it’s neither of those things all at the same time.


Inviting major polluters to pay for the talks compared to 'hiring a fox to guard a hen house.’ Story here.


Alberta Premier Rachel Notley announced today that she is imposing a limit on oil sands emissions and phasing out all coal power usage in her province by 2030 in a major push to curb greenhouse gas emissions. STORY HERE.

Email ThisBlogThis!Share to TwitterShare to FacebookShare to Pinterest
Labels: Energy, Good News?, The War on Tar


Big concerns about the deal’s impact on public health, workers, the environment and the legal rights of corporations are already being raised. Story here.


Animal advocates say Canada needs tighter legislation to protect fur-farmed animals, but other industry stakeholders disagree. Caught in between the battle are Canada's mink and fox, forgotten on farms while the debate rages on. Story here.
- November 21, 2015 No comments:

Pipeline Reviews “Contaminated From the Get-Go.” Green Leader 'Liz May.

Manitoba Co-Operator
London | Reuters — A new gene that makes bacteria highly resistant to a last-resort class of antibiotics has been found in people and pigs in China — including in samples of bacteria with epidemic potential, researchers said Wednesday. Story here.
- November 19, 2015 No comments:


The agencies supposed to protect the living world have been neutered, and polluters and wildlife destroyers now have a free hand. Story here.
- November 18, 2015 No comments: 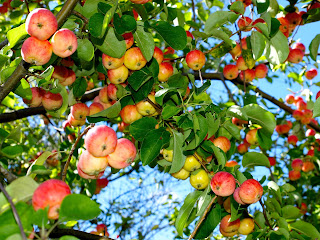 New findings on neonicotinoids have important implications as many food crops and wildflowers rely on bee pollination to reproduce. Details here.

CommonDreams
'Water managers in a lot of places may need to prepare for a world where the snow reservoir no longer exists.' Story here.
- November 16, 2015 No comments:

Email ThisBlogThis!Share to TwitterShare to FacebookShare to Pinterest
Labels: Good News, The War on Tar


In this interview, Mann, a key figure in the climate wars, reacts to the recent revelations about what Exxon knew about global warming science. Story here.
- November 15, 2015 No comments:


Mud and wastewater from the burst dams are complicating search and rescue efforts while raising health and environmental concerns. Story here.

TPP is About Many Things,But Free Trade? Not So Much

The Globe and Mail


Let’s be clear about the just-released, negotiated-in-secret Trans-Pacific Partnership deal. Despite how it’s being referred to, it is definitely not a “free-trade” agreement. It’s much more than that. Story here.
- November 12, 2015 No comments:

Report from WHO, UNICEF, UNFPA, World Bank Group and the United Nations Population Division highlights progress
GENEVA/NEW YORK, 12 November 2015 – Maternal mortality has fallen by 44% since 1990, United Nations agencies and the World Bank Group reported today.Maternal deaths around the world dropped from about 532 000 in 1990 to an estimated 303 000 this year, according to the report, the last in a series that has looked at progress under the Millennium Development Goals (MDGs).  This equates to an estimated global maternal mortality ratio (MMR) of 216 maternal deaths per 100 000 live births, down from 385 in 1990.

Three Trends in US Wildfires


While fires in Indonesia may be making headlines recently, unprecedented forest fires have also scorched the Western United States this year…Story here.

Smoke From Wildfires Is Killing Hundreds of Thousands of People

National Geographic
And fires like the ones raging in Indonesia can cross mountains and oceans, spreading lung-clogging particles and toxic chemicals. Story here.
- November 11, 2015 No comments:

Manitoba Lakes Among ‘Most Poorly- Managed' in the World: Watchdog


Fish caught in Manitoba's three largest lakes have a "do not buy" rating from the sustainable fisheries organization SeaChoice. STORY HERE. 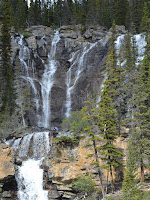 During the secret negotiations of the free trade agreement between the European Union and Canada known as CETA, the European Commission always maintained that water would be excluded from the treaty, and that the choice on how to manage services related to the production and distribution of drinking water by the public authorities would not be questioned. But a careful reading of the consolidated text of CETA shows that the reality is different. Details here.


In a country where only 40% of people have access to grid electricity, the government is looking to sunshine to power health centres and homes. Story here.
- November 08, 2015 No comments:

The Most Brazen Corporate Power Grab in American History


If there is no sustained uprising to prevent the passage of the TPP in Congress this spring we will be shackled by corporate power. Wages will decline. Working conditions will deteriorate. Unemployment will rise. Our few remaining rights will be revoked. The assault on the ecosystem will be accelerated. Banks and global speculation will be beyond oversight or control. Food safety standards and regulations will be jettisoned. Story here.
- November 08, 2015 No comments:

by George Monbiot
The UK’s national parks should be redesignated as ecological disaster zones. A lecture to the UK National Parks conference, by George Monbiot, 14th October 2015 This is my ferocious attack on the dire state of the UK’s national parks, and my ideas for how they could be improved. (See Video, below.)
- November 07, 2015 No comments:


The blaze, which has burned for two months on indigenous land and spread across 100km at its peak, is suspected to have been started by illegal loggers. Story here.
- November 07, 2015 No comments:


More than a dozen are feared dead, with scores missing, after tailings dams owned by some of the biggest mining companies in the world burst. Story here.
- November 06, 2015 No comments:

A Retired Professor Takes a Newspaper Columnist to Task for her Column About Tainted Milk and "Junk Science."

In her preamble, Ms. Wente suggests that “we need to blow the whistle on junk science”. I agree, but we need to do the same on junk journalism, which is exemplified by her article. My understanding is that journalism’s first obligation is to tell the truth (i.e. the whole truth, and not half-truths & tainted opinions; as is the case with Ms Wente’s piece).

For example, she states that: The (bovine) growth hormone, also known as rBST, which stimulates the cow’s milk production, is “the same hormone that is naturally produced in the cow’s pituitary gland.” Further: “Milk from treated cows is virtually identical to other milk.”  And: “ there aren’t any effects of  rBGH on human health”.

These statements are not true; in fact, Recombinant Bovine Growth Hormone  (rBGH or rBST) is a genetically engineered drug, originally developed by Monsanto, which later sold  the business to Eli Lilly. RBGH has never been proven safe, as is required by US Federal Law, largely, because its developers and proponents were practicing junk science and deception! That is why Ms Wente’s vitriolic attack on Dr Chopra and on Ms Carol Off of CBC is junk journalism! Let me elaborate.

Fact: several food safety concerns were identified for rBGH by scientists the world-over (including some from within the FDA). Most important among these: when the synthetic hormone is injected into a cow, it elevates the level not only of milk production, but also of another powerful growth hormone, IGF-1 (or Insulin-like Growth Factor-1; a component of milk), which increases the risk of breast, prostate, colon and lung cancer in humans. Further, IGF-1 reduces the effectiveness of various anticancer drugs (Refs: American Cancer Society, 2014; US Center for Food Safety, 2013; “What’s in your milk?—An expose of industry & government cover-up of the genetically engineered [rBGH] milk you are drinking”---book by Samuel Epstein, MD, 2007 ).http://www.amazon.ca/Whats-Your-Milk-Government-Genetically/dp/1412089204

Thus, based on overwhelming scientific evidence, rBGH was banned in the EU, Australia, New Zealand, Japan, and thanks to Dr Chopra & his whistle-blowing colleagues, also in Canada. And why not in the US? Well, for the truth & answer, we turn to Mr. Steven Druker, a US Public Interest Attorney & author (hardly an “activist”), who in his seminal new book (“Altered Genes, Twisted Truth”) exposes how a shady corporate biotech cartel subverted science during the last three decades, corrupted governments and systematically deceived the public. Most of the factual material for the book was derived from 44,000 pages of internal (secret) documents of concerned FDA scientists, which Druker obtained by court order. I highly recommend the book to Ms Wente, if she wants to learn the whole truth about tainted milk and other risky GMO products on our plate (which she apparently considers perfectly safe). Frankly, readers of Canada’s national newspaper expect the whole truth from its columnists!


The New York attorney general has begun an investigation of Exxon Mobil to determine whether the company lied to the public about the risks of climate change or to investors about how such risks might hurt the oil business. Story here.
- November 06, 2015 No comments:


'President Obama has sold the American people a false bill of goods,' says Friends of the Earth. Story here.
- November 05, 2015 No comments:

In Attempt to Muzzle Opposition, 'Petro Dictatorship' Declares State of Emergency in Maldives


Questions rise as to whether imprisonment of former president and climate hero Mohamed Nasheed was an 'oil grab' as much as a power one. Story here.
=====
These island states are literally beginning to submerge beneath the waves, and it's utterly unjust -- they have polluted way less than the rest of the world. Unless we act now, they could be wiped from the map forever, and their people will face the daunting choice of drowning or abandoning their lands. Avaaz. Please help with a donation!
- November 04, 2015 No comments:

Beyond Violence, Water Stress Is a Deeper Cause of Europe’s Migration Crisis


Beyond violence, there is a more fundamental cause: water scarcity. Story here.
- November 03, 2015 No comments:


Nineteen people have died and half a million have fallen ill in two months as haze from thousands of fires chokes south-east Asia. Details here.
- November 01, 2015 No comments: