Showing posts from July, 2013
Show all

Highly Hazardous Pesticides Should be Phased out in Developing Countries

- July 29, 2013
by Christine I’ve been blogging about climate change since my conversion from being a climate change avoider to a climate activist/fossil fuel abolitionist in the fall of 2009. As a climate change avoider, I…. full story here. PLT: I had the honour of meeting Christine Penner Polle at an "Occupy" event in Winnipeg in 2011. She is not only a sincere individual, dedicated to doing something tangible about the impending (& present) tragedy of a climate in crisis, (among other things, as a long-time member of the "Citizens Climate Lobby), she shows reasoned and remarkable restraint when writing about this highly-charged issue while too many others partake in emotional rants which generate more heat than light. Well-done Christine! Long live your excellent blog, "350 or Bust!"   Larry
Post a Comment
Read more

- July 28, 2013
Montreal Gazette With the announcement of Leona Aglukkaq as the new federal environment minister in last week’s cabinet shuffle, the prime minister’s office highlighted her Inuk heritage and connection to Canada’s Arctic region as among the assets she will bring to her new executive role. Full story here.
2 comments
Read more

Dear Avaazers,  The Great Barrier Reef is at risk of being dredged to make way for a mega coal project. But if one key investor walks away, the deal would be sunk and the World Heritage Site protected. We can convince them to pull out, or get PM Rudd to stop the plan, but we have to act now --  sign this urgent petition to help save the Great Barrier Reef:  It would be hard to make this stuff up.  Australia’s legendarily irresponsible mining industry has a new plan:  while the planet faces catastrophic climate change, build the world’s largest coal mining complex, and then build a shipping lane to that port straight through the greatest ecological treasure we have - the Great Barrier Reef! This is a terrible idea with devastating consequences, and the investor group Aurizon that’s backing it know it. They’re getting cold feet, and  we might be able to push them over the edge, and kill the project.  One of the main potential funders has even donated to climate activism!  If one mi
Post a Comment
Read more

Cost of Arctic Methane Release Could Be 'Size of Global Economy', Experts Warn

- July 25, 2013
Science News Researchers have warned of an "economic time-bomb" in the Arctic, following a ground-breaking analysis of the likely cost of methane emissions in the region. Details here.
Post a Comment
Read more

- July 25, 2013
National Farmers Union Two farmers have formally asked the Ontario government to carry out an environmental assessment of genetically modified (GM) alfalfa before the seed is sold in the province. Today, they launched an application under Ontario’s Environmental Bill of Rights, the first ever request relating to the issue of GM crops.
Post a Comment
Read more

Do Canadians Care About The Environment?

Huffington Post When you consider the way regulations are enforced against  tar sands companies in Canada compared to the 'States, it makes you wonder!  Details here. (Right) The tar sands at night. 24 hours a day, the tar sands eat into the most carbon-rich forect ecosystem on the planet. Storing almost twice as much carbon per hectare as tropical rainforests, the boreal forest is the planet's greatest terrestrial carbon storehouse. To the industry, these diverse and ecologically significant forests and wetlands are referred to as "overburden," the forest to be stripped & the wetlands dredged & replaced by mines & tailings ponds so vas they can be seen from outer space.  Photo credit - Huffington Post
Post a Comment
Read more

Suzuki & Rubin Pose a Necessary Question - "Is Endless Growth Possible or Even Desirable?"

Canada’s Boreal Forests are the ‘Amazon of the North’: Report

- July 22, 2013
Globe and Mail As resource companies look to northern forests in search of untapped minerals and energy, scientists and conservancy groups say too little heed is being paid to the environmental wealth created by Canada’s boreal regions. Full story here.
Post a Comment
Read more

Huffington Post A new article in the prestigious Proceedings of the National Academy of Sciences ( PNAS ) reports that, because of carbon emissions that are virtually certain, sea levels are now set to rise anywhere from around 8 inches to 7 feet within 100 years, and around 5 yards to 10 yards within 2,000 years. Details here.
Post a Comment
Read more

Are we on the Right Course in Combatting Insect-Borne Disease? - an editorial

PLT My heart goes out to the Brandon man struggling to get his life back after contracting debilitating West Nile virus from an infected mosquito. Public comments by his sister, including the inference that we should be more diligent in spraying for the West Nile mosquito, are understandable.  However, they do raise some questions for me.  The first is, does the City of Brandon not spray for the such mosquitoes now? (There is no mention of this in the news stories I have seen.) If it does, this begs the question, is malathion as effective as it is cracked up to be for this purpose? (Malathion, by the way is an organophosphate - a member of the same family of insecticides which killed some 20 children at a school in India recently.)  The National Round Table on Environment and Economy (a valuable think-tank now defunct thanks to the Harper wrecking crew) warned a couple of years ago about the increase in "vector-borne" diseases (ones carried by insects) due to
Post a Comment
Read more

- July 20, 2013
PLT: Just watching the news tonight. According to CTV, the latest, terrible storms, this time in Ontario & Quebec, are due to "nature." All the damage from high winds - trees crushing cars, damaging houses, knocking out power for up to a million people and killing a woman in Quebec, was just because of "nature." So is the heat wave now plaguing the maritimes, apparently. The only mention of global warming came in a promo for some stupid movie involving sharks flying through the air. With this kind of negligence, deceit and ignorance rampant in our mass media concerning the most serious environmental problem facing our planet today, God help us all.  It's not nature, media! It's climate change! This is what it looks like! And we are to blame!  Get used to it! Step up! Tell it like it is, you bozos!!! P.S. CTV is not alone in its malfeasance. While most media are now mentioning the term "climate change" more than they used to, they might
2 comments
Read more

- July 20, 2013
TheStar Oil spills at a major oil sands operation in Alberta have been ongoing for at least six weeks and have cast doubts on the safety of underground extraction methods, according to documents obtained by the Star and a government scientist who has been on site. Full story here.
2 comments
Read more

Organophosphates: A Common But Deadly Pesticide

National Geographic The pesticides blamed for killing at least 25 children in India are widely used around the world, including North America, and health experts have raised safety concerns about this class of chemicals in the past. Full story here. Related:  Are Canada's Pesticide Regulators on the Take?
1 comment
Read more

- July 15, 2013
Mother Jones Major earthquakes thousands of miles away can trigger reflex quakes in areas where fluids have been injected into the ground from fracking and other industrial operations, according to a study published in the journal  Science on Thursday. Details here.
Post a Comment
Read more

Don't Give Up Yet! The Bees Still Need Us!

Larry,  Last month, 50,000 dead bees were discovered littering a parking lot in Oregon. PinP  photo    Then last week, a shocking 37 million bees were reported dead across a single farm in Ontario. After years of research, scientists have finally figured out what’s causing the massive bee die-offs all around the world, from China to the UK: It’s a class of dangerous pesticides called neonics. And here’s the wildest thing -- even though we know  they’re killing the bees, in most parts of the world, neonics are still in  widespread use.
Post a Comment
Read more

- July 07, 2013
PLT: So…I see the Government of Manitoba is going to "improve amenities" in Duck Mountain Provincial Park. That's nice. It's a great place. Apparently those improvements will make the park "more environmentally friendly to lakes and rivers." Sounds good, so far, right?  But hold on a moment.  One of those amenities, reads the government press release, will include "trail upgrades" for ATVs (all terrain vehicles)! ATVs?  Aren't those the same noisy, dangerous and polluting machines that too many irresponsible people use to invade quiet wildness, rip up the back country and harass wildlife with? Sounds like the same, to me. I don't even understand why these offensive inventions are allowed in the parks in the first place. That we should actually pamper and roll out the red carpet for them to boot, makes about as much sense as allowing logging there.  Oh, I forgot. Logging is  still allowed in "The Ducks," too, isn'
Post a Comment
Read more

Trees: Our Life-Savers Are Dying

- July 06, 2013
The Express ONE of Britain’s top trout rivers has been devastated by a deadly pesticide. Details here. PLT: This is the same crap (chlorpyrfos) which likely poisoned a Manitoba family a few years ago.  Please also read:   " Family Believes it was Poisoned by Crop Spray"
Post a Comment
Read more

What Is Farm Runoff Doing To American Waters? US Scientists Wade In.

KCCU - the salt A Canadian farm. PLT photo Farming already "fingered" as leading cause of water pollution south of the border. Officials there try to find out more. Details here.
1 comment
Read more

Working With Nature Can Protect Us From Floods

- July 06, 2013
David Suzuki The normally tranquil Boggy Creek in west-central Manitoba in full  "flood mode" a couple of years ago. PLT photo. News of the devastating floods in Alberta hit Canadians hard. We've all been moved by extraordinary stories of first responders and neighbours stepping in to help and give selflessly at a time of great need. As people begin to pick up their lives, and talk turns to what Calgary and other communities can do to rebuild, safeguarding our irreplaceable, most precious flood-protection assets should be given top priority.  Details here.
Post a Comment
Read more

- July 03, 2013
Huffington Post The world suffered unprecedented climate extremes in the decade to 2010, from heatwaves in Europe and droughts in Australia to floods in Pakistan, against a backdrop of global warming, a United Nations report said on Wednesday. Full story here.
Post a Comment
Read more

- July 02, 2013
DeSmog Blog With many eyes honed in on the  Powder River Basin   coal export battle in the Northwest , another coal export boom is unfolding on the U.S. Gulf Coast. Full story here.
Post a Comment
Read more

It is Time for a Ban on Cosmetic Pesticides

- July 02, 2013
Centre for Policy Alternatives Manitoba Conservation and Water Stewardship Minister Gord Mackintosh has announced legislation on cosmetic pesticides that will finally bring Manitoba into step with the majority of other provinces in Canada. Full story here. Related: Manitoba to Proceed With Ban on Cosmetic Pesticides
Post a Comment
Read more 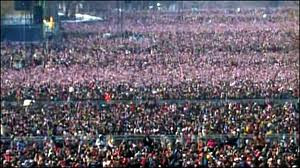 Gwynne Dyer - Winnipeg Free Press The news on the population front sounds bad: Birth rates are not dropping as fast as expected, and we are likely to end up with an even bigger world population by the end of the century. Details here.
Post a Comment
Read more
More posts