Showing posts with the label Sharks
Show all 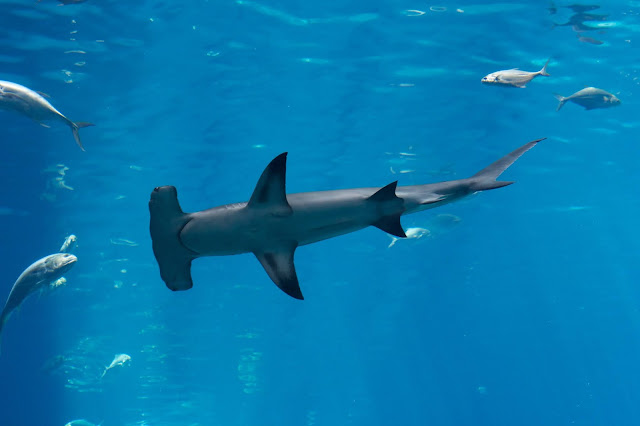 Nature "Great Hammerhead Shark Swimming" by Skylar L. Primm The number of oceanic sharks and rays worldwide has fallen by 71% since 1970. A study in Nature this week finds that more than three-quarters of these oceanic species are now threatened with extinction. The risk of extinction to marine species is primarily caused by overfishing, but it has been difficult to measure the decline of individual species. Although reductions in oceanic and coastal shark and ray populations in different regions of the world have previously been documented, a global analysis has not been available. The Whitetip reef shark (Triaenodon obesus).Photo by Jan Derk The authors attribute this decline to an 18-fold increase in relative fishing pressure — a measure of the proportion of sharks and rays caught relative to their global population — over the period. They argue that immediate action is needed to prevent collapses in populations. Specifically, they call on governments to implement catch l
Post a Comment
Read more 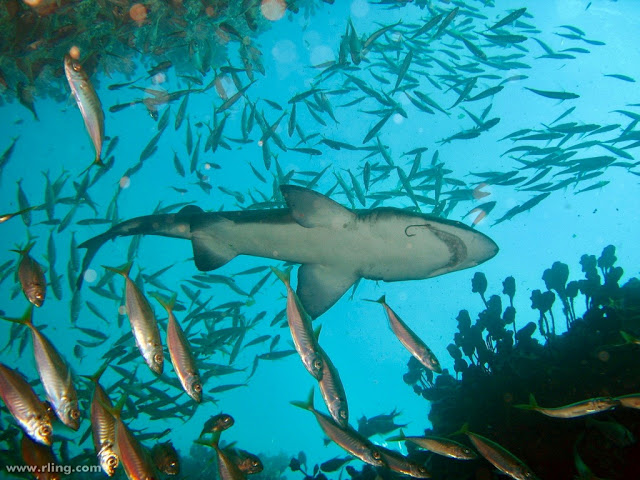 by Larry Powell   The "Grey Nurse" or "Sand Tiger," shark (  Carcharias taurus ), a coastal species on the ICU's Red List as  critically endangered. A public domain photo by Richard Ling.  Here's how sharks are "finned." After hauling them aboard their vessels, the fishermen cut off their fins, then toss them back into the ocean. Still alive, they sink to the bottom where they're either eaten by other predators or die of suffocation.    About 100 million sharks are believed to be taken by fishers each year, most of them for their fins alone.  It's an industry estimated to be worth US$400 million a year.  The blue shark (Prionaceglauca). Photo by Mark Conlin/NMFS. If one were to believe official trade records over the past twenty years, most fins traded on world markets have come from more abundant "pelagic" species (ones which live in the open ocean) like the blue shark (above).  The leopard shark (Stegostoma fasciatum). An ADV
Post a Comment
Read more
More posts