Showing posts with the label mercury contamination
Show all 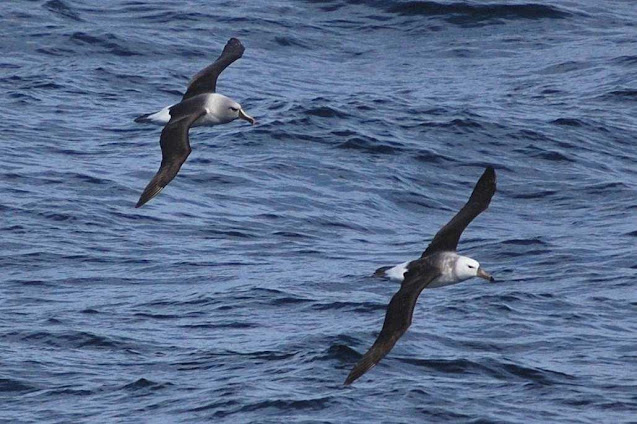 by Larry Powell This is the story of the "Grey-Head." It's but a single member of a large family of albatrosses called Diomedeidae. Major research studies published recently, warn of twin threats facing the already-endangered bird. Each is different. Each is insidious.  The grey-headed albatross (Thalassarche chrysostoma).  Photo by Lieutenant Elizabeth Crapo, NOAA. In general, the albatross carries higher burdens of mercury in its body than any other bird on earth. (In the marine environment, only some marine mammals carry more.)   Still, even those who measured levels of mercury in "Grey-Heads" at their largest breeding colony on South Georgia Island recently, must have been shocked by what they found. Photo credit: Richard Phillips. They discovered the highest amounts of that contaminant ever recorded in that species anywhere - a  threefold increase over twenty-five-years.  Mercury is described as a “pervasive environmental contaminant that can negatively imp
Post a Comment
Read more
More posts