Showing posts with the label Climate Crooks?
Show all

Is big oil committing fraud to stay in business? 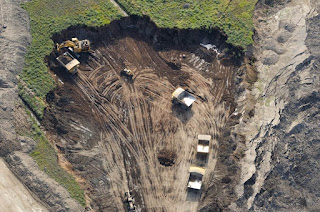 How scientists reacted to the US leaving the Paris climate agreement

- October 26, 2016
The Washington Post In a loss for ExxonMobil, the New York State Supreme Court has ordered the oil giant and its accounting firm to produce documents subpoenaed in a highly charged investigation of whether the company concealed from investors and the public what it knew about climate change as long as four decades ago. Story here.
Post a Comment
Read more

We Were Promised The Greenest Olympics Ever. We Got An Ecological Disaster.

- August 05, 2016
climate progress On a cool December night in Paris, at an awards ceremony in the city’s 3rd arrondissement, Eduardo Paes, the mayor of Rio de Janeiro, took the stage to thunderous applause from an audience full of his fellow mayors from around the world. Paes’ voiced boomed as he stressed the importance of cities leading the fight against climate change — Story here.
Post a Comment
Read more

- November 06, 2015
New York Times The New York attorney general has begun an investigation of Exxon Mobil to determine whether the company lied to the public about the risks of climate change or to investors about how such risks might hurt the oil business. Story here.
Post a Comment
Read more
More posts