Showing posts with the label peregrines
Show all 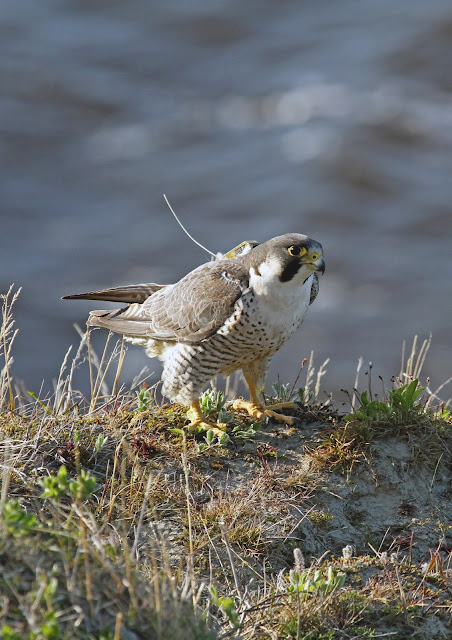 Nature A Satellite-tagged peregrine at its nest site in the Lena Delta, Russia.  Peregrines  were tracked from six separate breeding areas across  Arctic  Eurasia.  Genome re-sequencing identified differences among  these populations.  Variations in their numbers were linked to changes in  glacial conditions over time.  Credit: Andrew Dixon. The migratory routes used by the peregrine falcon have been shaped by environmental changes since the last Ice Age, reports  a study published in Nature.  The paper also presents evidence that the distance travelled during migration is influenced by a genetic factor. Satellite-tagged peregrine in Taimyr, Russia. Satellite tracking revealed a  high degree of  fidelity to nesting sites, wintering ranges and  to the migratory routes connecting them.   Credit: Andrew Dixon . Millions of migratory birds have seasonally favourable breeding grounds in the Arctic, but spend their winters in different locations across Eurasia. However, little is known about
Post a Comment
Read more
More posts