Showing posts from August, 2012
Show all

Canadian Centre for Policy Alternatives Early last year stories hit the news about the potential for food prices to rise throughout 2011.    PLT photo Commodities prices for wheat, corn, sugar, and others were all on the rise which ultimately resulted in a 4.4% rise in the cost of food to December 2011. Full story here
Post a Comment
Read more 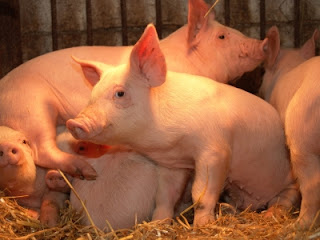 CBC  Courtesy of SteinbachOnline.com People in Manitoba's hog industry are shocked a farm in the western part of the province is under investigation for animal cruelty. Full story here.
Post a Comment
Read more

- August 27, 2012
Sooo.....Hurricane Isaac has forced the Republican National Convention to take a recess.....couldn't happen to a nicer group of climate-deniers.  PLT
Post a Comment
Read more

Are Canada's Pesticide Regulators on the Take? (Opinion) 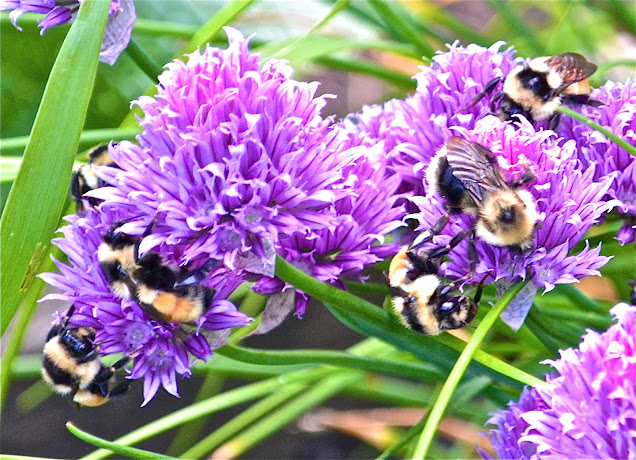 Canadian Authorities Refuse to Protect Precious Pollinators From Known Toxins. Is Something Crooked Going on Here?        by Larry Powell Bumblebees forage on organic chives. A  PinP  photo For way too many years now, they and their political masters have been stubbornly refusing to protect our precious plant pollinators such as bees from known toxins.  Isn’t it high time we found out why? It’s gotten to the point where, to me, the failure of these individuals to lift a finger to save collapsing world populations of these creatures, borders on the criminal. It even smacks of collusion between them and the agro-chemical industry. For years, scientific research teams both far and near, have been documenting dwindling numbers, even extinctions, of several populations of honey bees and bumble bees. Scores of reputable groups, including The Canadian Pollination Institute (CANPOLIN), the Xerces Society and the National Academy of Sciences (NAS) in the ‘States, are all sound
Post a Comment
Read more

Farmers' Pardons Another Slap in the Face

Sustainability Now a Matter of Life and Death

- August 09, 2012
IPS - Interpress Service BULAWAYO, Zimbabwe, Aug 8 2012 (IPS) - Humanity is living beyond its means with the growing demand for food, medicines and other nature-based products, making sustainable consumption and conservation a matter of life and death. This is according to the world’s oldest and largest global environmental network, the International Union for Conservation of Nature. Details here.
Post a Comment
Read more 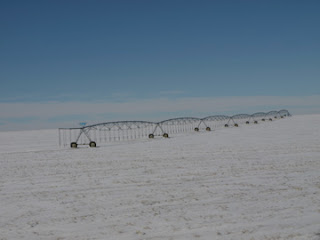 Reuters Irrigation pivots sit idle in winter, in the US midwest. PLT photo. LONDON, Aug 8 (Reuters) - The world is depleting underground water reserves faster than they can be replenished due to over-exploitation, according to scientists in Canada and the Netherlands. Details here.
Post a Comment
Read more

How I Spent my Summer Vacation

- August 08, 2012
Dear Reader, By way of explaining why my blog has been so dormant, I suffered a heart attack about a month ago. They rushed me by ambulance from Roblin (MB) to the cardiac wing in the Regina General hospital. There, they installed a "stent" in a blocked artery, then did open hearts surgery during which they bypassed six other arteries. Lucky for me, the cardiac ward in Regina and the people who work there, are world-class. I'm home now, recovering. But I'll now have to visit a sleep clinic in order to deal with my Sleep Apnea which appears to have returned. I may have to start using (for lack of the correct, technical term) a "sleep machine" to help me at night. Should be able to get back to posting regularly, in short order. Thinking of you all. Larry
2 comments
Read more
More posts