Showing posts with the label fisshery
Show all

A serious disease of Chinook salmon, originating from fish farms in Norway, has now spread to wild salmon off the coast of BC: Study. 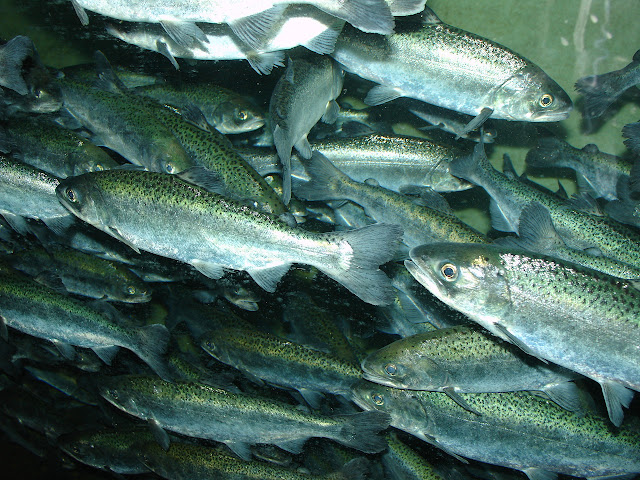 University of British Columbia The Chinook salmon. Photo by Zureks. The virus known as PRV, is associated with kidney and liver damage in Chinook salmon.  A new study in Science Advances shows -- it's continually being transmitted between open-net salmon farms and wild juvenile Chinook salmon in British Columbia waters. The study traces its origins to Atlantic salmon farms in Norway and finds that the virus is now almost ubiquitous in salmon farms in B.C. It also shows that wild Chinook salmon are more likely to be infected with PRV the closer they are to salmon farms, which suggests farms transfer the virus to wild salmon. Genome sequencing of viruses from farms and wild fish further indicates that transmission occurs between farms and wild salmon. "Both our genomic and epidemiological methods independently came to the same conclusion, that salmon farms act as a source and amplifier of PRV transmission," said Dr. Gideon Mordecai, a viral ecologist and Liber Ero fellow wi
Post a Comment
Read more
More posts