Showing posts with the label Free trade
Show all

NAFTA tribunal exceeded its jurisdiction when it made determination on what a Canadian environmental assessment panel can decide, groups say

- September 29, 2016
Institute for Agriculture & Trade Policy. Free trade deals, and in particular the proposed Trans-Pacific Partnership (TPP), have taken a beating this election season. Most of the noise on trade from Presidential candidates Donald Trump and Hillary Clinton has focused on the loss of jobs linked to the offshoring. Much less attention has been paid to the serious impact the TPP and past trade agreements will have on our ability to respond to climate change. Story here.
Post a Comment
Read more

End The Use Of Secret Corporate Courts! PLEASE SIGN!

- September 08, 2016
SumOfUs What if corporations were allowed to sue governments because its laws to protect people and the environment but hurt corporate profits? What if there was a tribunal where corporate executives were able to literally get away with murder? What if there were elite educated lawyers out there whose jobs were to figure out how to sue struggling nations to make huge amounts of profit? Sign here.
Post a Comment
Read more

The Climate Cost of Free Trade

- September 08, 2016
Bilaterals.org On Earth Day 2016, the U.S. joined 175 countries in signing the United Nations Paris climate  agreement setting a path forward to reduce global greenhouse gas emissions. A few months earlier, the U.S., along with 11 other countries, signed the Trans Pacific Partnership (TPP) trade and investment deal.1 Remarkably, neither agreement acknowledged the other. The Paris agreement was silent on trade, and the TPP ignored the climate. As countries take action to protect the climate, conflicts between trade rules and climate goals will escalate. The intentional separation of these two global priorities is becoming increasingly untenable. Story here.
Post a Comment
Read more

TTIP: The Most Dangerous Weapon in the Hands of the Fossil Fuel Industry

Free Trade, the Democratic National Congress and the Climate Crisis

- July 01, 2016
CommonDreams The same day TransCanada  Pipelines sued the U.S. government for $15 billion , the Democratic Party’s  platform drafting committee met in Missouri . Between the two, there is a lesson to be learned about free trade and the climate crisis. Story here.
Post a Comment
Read more

- April 02, 2016
CBC - The House The warning from Nobel Prize-winning economist Joseph Stiglitz leaves no doubt about his assessment of the Trans Pacific Partnership. More here. RELATED: "Free Trade - Pathway to Prosperity? Or Back Road to Corporatism?"
2 comments
Read more

- March 24, 2016
Canadian Centre for Policy Alternatives This study investigates the TPP’s environment chapter and finds, despite official assurances to the contrary, the protections afforded by the deal are weak and generally unenforceable. Far from being a milestone for environmental protection, the TPP does little to safeguard or promote a healthy environment.  More here. RELATED: " Free Trade: Pathway to Prosperity - or Back Road to Corporatism?"
Post a Comment
Read more

Sanders Accepts Challenge to Kill TPP If Elected... Nothing from Clinton So Far 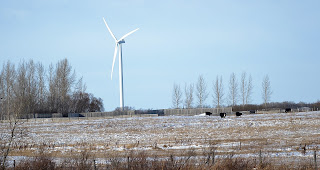 bilaterals.org Wind farm in Saskatchewan.  PinP  photo. The three-year dispute between the US-based Windstream Energy company and the Canadian government ramped up this week, as representatives from both sides gathered in Toronto to make their case before an investor-state arbitration tribunal under NAFTA.  Story here .
Post a Comment
Read more

- February 08, 2016
bilaterals .org Rice has been at the centre of Japan’s economy and culture for centuries. But changes are afoot. There is growing concern among Japanese farmers that the country’s rice-producing capabilities are diminishing in the face of international trade pacts such as the Trans-Pacific Partnership. In fact, all local agriculture is in the spotlight as pressure mounts to increase local imports of overseas produce. Details here.
1 comment
Read more

A Political Voice of Reason Comes From the NDP Amid the "Love-In" Over the TPP.

- February 08, 2016
While the Trudeau government has gone ahead and signed the controversial Trans-Pacific Partnership (TPP) trade deal, there remains many uncertainties about what's in store for Canada. The Harper government first negotiated this deal in secret.  Now we have the Liberals agreeing to a deal that can 't be renegotiated!  Any concerns or changes raised in future consultations won't matter. We do know that the TPP will:
2 comments
Read more

The Trans-Pacific Partnership: An #UnfairTrade Deal Too Far

- February 03, 2016
International Institute for Sustainable Development Non-trade provisions in the TPP, such as investment and intellectual property rights, threaten to heighten inequality.  It is time for Canada to say; this is a deal too far. Story here.
Post a Comment
Read more

- February 03, 2016
Sum    of  +us In just hours, Trade Minister Freeland will sign Canada on to the Trans-Pacific Partnership. The TPP is one of Stephen Harper’s biggest legacies. The sweeping "free" trade deal will let corporations sue governments in special courts for laws that might hurt their 'expected' profits, and it could severely damage our access to medication, internet freedom and workers’ rights. In short, it’s a massive corporate power grab.   But the TPP must still be ratified by Parliament. So w e still have a chance to stop it. PLEASE SIGN HERE. RELATED: "Free Trade. Pathway to Prosperity? Or Back Road to Corporatism?"
Post a Comment
Read more

- January 31, 2016
Sum    Of + Us We've just heard that police are making intimidating visits to organisers of this week's TPP march in New Zealand.  It has a huge chilling effect on our ability to express our rights.  You can fight back.   Donate here. PLEASE ALSO READ: "Free Trade. Pathway to Prosperity or Back Road to Corporatism?"
Post a Comment
Read more

Don’t Talk About “Trade” at the Global Climate Talks!

- December 17, 2015
IATP Is there an understanding between world governments that any new climate deal shall not include any mention of trade? Some fear that may be the case. More here.
Post a Comment
Read more

Have Investment Treaties Put a Scare Into Government Regulators, Who Are Supposed to Protect Our Health and Environment?

- December 10, 2015
bilaterals.org Many such treaties give foreign investors a free hand to sue sovereign governments for pretty much any amount they choose, if those regulations interfere with a company’s business plan. Read about Ontario’s experience here.  RELATED: " Free Trade: Path to Prosperity - or Back Road to Corporatism?"
Post a Comment
Read more

- November 21, 2015
bilaterals.org Big concerns about the deal’s impact on public health, workers, the environment and the legal rights of corporations are already being raised. Story here.
Post a Comment
Read more