Showing posts from July, 2012
Show all

A Poster For Our Time 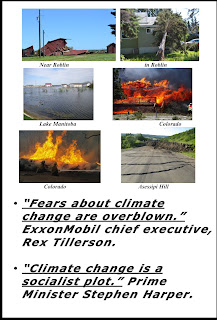 - July 13, 2012
Winnipeg Free Press.... COLEMAN, P.E.I. - The discovery of hundreds of dead fish in Prince Edward Island is spawning concerns from environmentalists about the use of pesticides in the province's agriculture industry. Details here.
Post a Comment
Read more

- July 13, 2012
Hang the Bankers If you think the jury’s still out on whether cell phones can be dangerous to your health, then you might want to take the time to listen to this video. Watch video here.
Post a Comment
Read more

The Rural Municipality of Shell River, Manitoba, Scraps Plans for a New Sewage Lagoon at a Controversial Location

- July 12, 2012
But the RM's plan to press ahead with a lagoon somewhere else, does not bode well for those who would like to shed such antiquated technology in favour of something better.  - by Larry Powell ===== According to an informed source, four members of the 6-member RM Council met in special session this week and voted to scrap the site originally proposed, north of Highway Five and a few kilometres east of Lake of the Prairies. It would have been just over 1K upwind from my country residence, on land owned by the Reeve, Albert Nabe. The source, who asked not to be publicly identified, says only four of the six councillors were present at the meeting. (The other two, Reeve Nabe and Councillor Jack Lenderbeck, have not been voting because of a conflict-of-interest in the issue....Reeve Nabe because he owns the land and Councillor Lenderbeck because he rents land from the Reeve.)  The vote to abandon the original site means the hunt is now on for another which does not n
Post a Comment
Read more 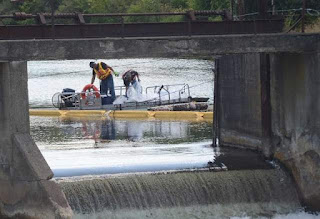 Victoria Times-Colonist VANCOUVER — Opponents of Enbridge’s controversial Northern Gateway pipeline are pointing to a scathing report into a spill in the United States to bolster their argument that the company’s proposal to transport oil over remote areas of British Columbia is too risky.        Full story here. Workers clean the Kalamazoo River on Tuesday above the Ceresco dam.  / JOHN GRAP/BATTLE CREEK ENQUIRER
Post a Comment
Read more 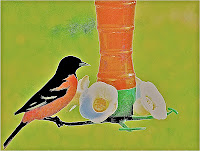 Queen of the Sun – What are the Bees Telling us?

A film and book review - by Sam Burcher The Queen of the Sun documentary film is a slow-paced and beautifully shot travelogue of the best and the worst habitats for bees survival. The best habitats are the seamless tracts of wildflower meadows and the sanctuary gardens specifically created for bees that provide food all year round.  The worst habitats are the endless rows of monocultures that provide food for only three weeks of the year during flowering season. On this soulful journey we meet the biodynamic, organic, urban garden and rooftop beekeepers intent on pulling the honey bee back from the brink of disaster. We see the wonder of the snow white wax that brings the light of the bee and the sun in the winter. We watch the patient beekeepers with their hives reflecting on what was,  until 2006 and the emergence of Colony Collapse Disorder (CCD) 10,000 years of productive co-operation between humans and bees.
Post a Comment
Read more

As Parliament Rises for the Summer…

- July 07, 2012
Elizabeth May, Leader, Green Party of Canada The appalling 420 page so-called omnibus budget implementation bill, C-38, will likely clear the Senate before you read this. Full story here === "…the contempt that the Tories have shown for the democratic process is unacceptable, and inexplicable. Such a hardball tactic might have been justifiable when the Conservatives held only a minority, but now, it seems simply like a bad habit the Conservatives are in need of shaking." - National Post, June 18, 2012   http://www.nationalpost.com/related/topics/Tory+habit/6798084/story.html
2 comments
Read more

Will the Government of Manitoba Protect the Little Saskatchewan River? 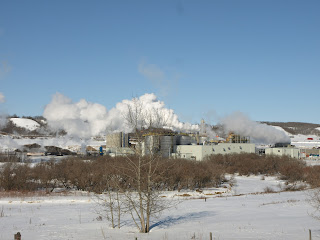 Searing Sun and Drought Shrivel Corn in US Midwest

- July 05, 2012
New York Times HARTFORD CITY, Ind. — Across a wide stretch of the Midwest, sweltering temperatures and a lack of rain are threatening what had been expected to be the nation’s largest corn crop in generations. Details here.
Post a Comment
Read more

- July 04, 2012
By Andrew Freedman - Climate Central The Greenland ice sheet is poised for another record melt this year, and is approaching a "tipping point" into a new and more dangerous melt regime in which the summer melt area covers the entire land mass, according to new findings from polar researchers. Full story here.
Post a Comment
Read more
More posts