It is easy to forget that once upon a time all agriculture was organic, grass fed, and regenerative. Story here.
- November 15, 2014 2 comments:

Email ThisBlogThis!Share to TwitterShare to FacebookShare to Pinterest
Labels: Organic

Industrial Agriculture: Too Big to Succeed

An estimated one billion small farmers scratching out a living growing diverse crops and raising animals in developing countries represent the key to maintaining food production in the face of hotter temperatures and drought, especially in the tropical regions, says Sarah Elton, author of the book, “Consumed: Food for a Finite Planet.” Full story here.


Backyard chickens on a small,

How Fair is The National in its Coverage of Our Food Production Methods?

PLT: As you may have noticed, the CBC is giving wall-to-wall coverage to the story about pesticide residues being found in organic food. So, what about the story posted earlier this week on PLT, *"Pesticides Contaminating Prairie Wetlands, which has huge implications for both our environment and our health? Well, not so much. At least not yet, anyway. So far, it seems to have been reported regionally, only, on CBC Saskatchewan. So I sent the email, below (with a link to that story) to The National this evening. 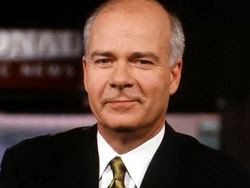 "Hi, Peter. Will The National be carrying *this story? Like the story about pesticides in organic food, I believe it too holds implications for food safety, not to mention a threat to an entire eco-system! Thanks!"

We'll see if Peter uses his considerable experience and judgement as a veteran journalist and does the right thing, by giving equal treatment to this latter story, too! If he does not, why not remind him? His email is:

Email ThisBlogThis!Share to TwitterShare to FacebookShare to Pinterest
Labels: Organic, Pesticides, Sins of the Media 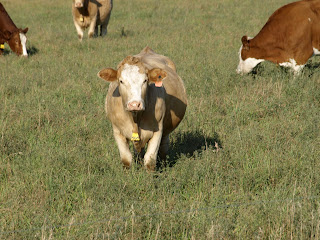 PLT : Is the heavy hand of Corporatism about to descend on farmers who simply want to produce a decent, clean product? Could be! Just read on......
Global National
GUELPH, Ont. – There’s a new genetically modified crop on the horizon that some say is jeopardizing the entire Canadian organic farming industry. Details here.

The Organic Movement "Gets the Ear" of the Government of Manitoba 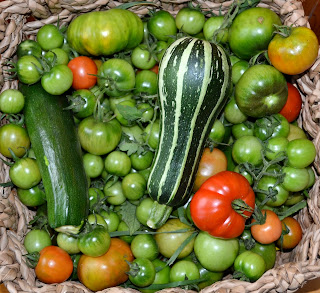 Mr. Kostyshyn promised the guests his government would attempt to "raise the profile" of organic agriculture in the province.

He then signed a declaration, proclaiming Sept. 22-29th as "Organic Week in Manitoba." (The week just passed was National Organic Week.)

I was there, too, representing PLT and enjoying delicious dishes, ranging from roast heirloom squash to pumpkin crème brulee.

After the feast,  I took the opportunity to "corner" the Minister to ask him how he felt about my article recently published in the Journal, Alternatives, exposing the "dark side" of Roundup, a pesticide widely used in agriculture. (I had sent him a link to the story three weeks ago, but hadn't heard back.) Below is a verbatim copy on the interview.

PLT. Mr. Kostyshyn, I know the province is looking at banning the use of cosmetic pesticides on lawns and gardens and I think the Minister of Environmet seemed to sound like he might actually go for it (a ban). How big a leap is it to assume that some kind of ban or clampdown on agricultural pesticides might be in the works?

Minister. Well, obviously, Mr. Gord Macintosh is the Min. that's involved in the cosmetic ban at this point in time….

PLT.  But you are the Minister of Agriculture.

Minister. But I'm Minister of Agriculture, but the pesticide ban as far as lawn pesticides falls under his jurisdiction.

PLT. I appreciate that.

Minister.  So at this point in time, Mr. Macintosh and I have had some discussions but to speculate what's happening in future I think would be somewhat immature

PLT.  Is it difficult for the province to have any control or does it have much control at all about the regulation of pesticides province-wide or is that pretty well a federal purvue?

Minister. Basically, we rely on the scientists with the fed. agencies that go through the necessary testing of the product that's being questioned.

PLT. I wonder if you'd do me a favour, I just had an article published in the Journal Alternative about Roundup. It points out and lists and documents a long and growing list of medical studies on the adverse effects of Roundup on crops, livestock, wildlife, on human beings, and yet this science seems to be getting lost somewhere out there. Would you do me a favour and read that article and get back to me on what you think of it…like, you must be aware of some of these studies?

Minister. Basically, I've heard some documentation. I have to be quite honest with you, Larry, I haven't investigated. But your request to bring forward that piece of documentation, if you would forward it to my office….my special assistant...

PLT. Actually, I did that, 3 wks ago in an email….I don't know if …you must have missed it but I did send it to you and several other people.

Minister.  I appreciate that. As you may remember, I was in Whitehorse, just got back..we were going thru "Growing Forward" and the hog industry…we were in the shortage feed….I'm not prioritizing..maybe the documentation is somewhere in the system but I haven't had the chance to read it.

PLT. if you could get back to me after reading and answer the questions in my email, that would be terrific.

Email ThisBlogThis!Share to TwitterShare to FacebookShare to Pinterest
Labels: Organic

Rodale's - A note from our Executive Director

The news has been flooded with all sorts of noise about the Stanford meta-analysis “Are Organic Foods Safer or Healthier Than Conventional Alternatives?” Although both the researchers themselves and the media made it sound as if conventional came out on top, the numbers clearly made the case for organic. Here is what we saw when we read the report: