Showing posts from October, 2015
Show all

Time For a Green Makeover For 24 Sussex?

- October 31, 2015
National Observer Momentum is building for an audacious plan to turn the prime minister’s official residence in Ottawa into a national showcase for super-energy-efficient housing, and a powerful symbol of Canada’s promise to make a difference on global climate change. Story here.
Post a Comment
Read more

Syria May Be the First Climate-Change Conflict, but It Won’t Be the Last (Story & Video)

The Nation While our political establishment dithers, the Pentagon recognizes that climate change is an immediate threat to national security.   Story here.
Post a Comment
Read more

- October 28, 2015
Plan Canada Early pregnancy is one of 6 barriers commonly keeping girls from school . In Nicaragua , where the rates of teen pregnancy are the highest in Latin America, the issue is spiraling out of control. Story here.
Post a Comment
Read more

- October 27, 2015
Think Progress This summer, a heat wave sent temperatures near the Persian Gulf skyrocketing, with outdoor temperatures reaching as high as 120°F throughout parts of Iraq and Iran. And while those temperatures might seem extreme, a new study published in Nature Climate Change suggests that scorching temperatures could become increasingly common in the region by the end of the century, if climate change is left unchecked. Story here.
Post a Comment
Read more

Local Food Systems in Manitoba on the Minds of Young, Small Farmers

- October 25, 2015
briarpatch According to the Treasury Board of Canada's "Contaminated Sites Inventory," of the 77 “high priority” contaminated sites in Manitoba, 70 are situated in First Nations communities. Story here.
Post a Comment
Read more

Capitalist Production vs. The Earth

- October 23, 2015
Briarpatch Magazine While environmentalists may not often approach the issue of the environment from the point of view of labour, they have made sincere efforts to link their concern with the issue of labour generally. STORY HERE.
Post a Comment
Read more

12-Star Conservatives Who Will No Longer Be With Us

- October 22, 2015
Common Dreams With many eyes turning to UN talks in Paris, Earth continues to exhibit symptoms of a planet on fire. Story here.
Post a Comment
Read more

In Hawaii, Concern Rises About Use of Farm Pesticides

- October 22, 2015
INTER PRESS SERVICE “Ever since we moved here, we all have sore throats and we cough all the time,” says a 40-  Details here.
Post a Comment
Read more

- October 21, 2015
theguardian Member states report a 23% drop since 1990, but the pace is slowing and several countries have missed renewable and energy efficiency targets.  Story here.
Post a Comment
Read more

High Stakes – Cleaning Up After Harper

- October 21, 2015
Common Dreams Canadians couldn’t have been much clearer on Monday when they hit the polls in numbers that haven’t been seen for decades… Story here.
Post a Comment
Read more 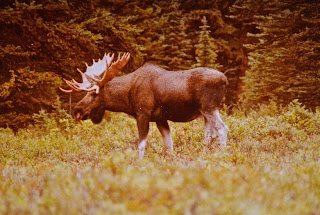 Manitoba Conservation and Water Stewardship advises that effective immediately, moose hunting is closed to all hunters in Game Hunting Areas (GHAs) 29 and 29A, in the Turtle Mountain area.  This conservation closure is in addition to previous closures in and around west-central and eastern Manitoba.  PinP   photo.
1 comment
Read more 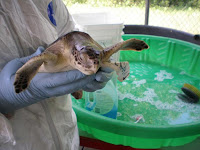 VICE NEWS One of the lucky ones. A turtle rescued  from the Gulf and nursed back to health. Photo credit-New England Aquarium.  Tens of thousands of dead birds. More than 170,000 turtles. A billion newly hatched fish — and maybe as many as 8 billion oysters.That's the federal government's estimated toll on wildlife from the undersea blowout..... Story here.
Post a Comment
Read more

- October 16, 2015
treehugger The material will soon be used by Boeing in airplanes and rockets to cut down on their weight, create more room within the fuselage and increase fuel efficiency. Story here.
1 comment
Read more

Invasion of the Ladybugs

- October 15, 2015
MyToba If you live in Winnipeg, Manitoba, you may have noticed ladybugs lately.  A lot of ladybugs.  It turns out our unseasonably warm weather is to blame. Ladybugs hibernate, and the warmer weather fooled them into thinking it was spring. Story here. RELATED:  " Climate Change Will Have Big Effects On Spring And Winter "
Post a Comment
Read more

Public Services Under Attack Through TTIP and CETA

- October 15, 2015
bilaterals.org Public services in the European Union (EU) are under threat from international trade negotiations that endanger governments’ ability to regulate and citizens’ rights to access basic services like water, health, and energy, for the sake of corporate profits. Story here.
Post a Comment
Read more

Former Liberal Campaign Co-Chair Was Being Paid by TransCanada

- October 15, 2015
iPolitics Former Liberal campaign co-chair Daniel Gagnier has been working for months for TransCanada Corp., helping it with its controversial Energy East pipeline, while at the same time working as an key advisor to Liberal Leader Justin Trudeau. Details here.
Post a Comment
Read more

Climate Change Will Have Big Effects On Spring And Winter

ClimateProgress A robin shivers in a Canadian "false spring." PinP photo. Climate change will shorten winters by about three weeks by the beginning of next century, according to a new study. Story here. RELATED: "Invasion of the Ladybugs."
Post a Comment
Read more

'Out of Control' Inequality: Global One Percent Owns Half of World's Wealth

- October 13, 2015
Common Dreams 'Out of love for our grandchildren, it’s our responsibility to work towards a more harmonious world for both present and future generations.’ Story here.
Post a Comment
Read more

Power Still Out in Eastern Manitoba After Thanksgiving Windstorm

- October 13, 2015
AgroNews Austrian Health Minister Sabine Oberhauser and a number of Italian Ministries have confirmed that both countries are officially requesting an opt-out from growing the eight varieties of  GM maize permitted or set to be permitted at the EU level, thus there will now be a full ban on GM crops in both countries under new EU regulations. Story here.
Post a Comment
Read more

- October 12, 2015
Agro News Identifying a major health hazard, the government has found residues of pesticides in a significant proportion of vegetables, fruits, milk and other food items collected from various retail and wholesale outlets across the country. Story here.
Post a Comment
Read more

Lake Winnipeg a Lost Cause Thanks to Zebra Mussels, Expert Warns

Why the TPP Will Not Work For Workers

- October 07, 2015
The Nation The signatories of the Trans-Pacific Partnership just announced that they have inked the final agreement, ending years of secret negotiations and back-room corporate deal-making. And still, the full text, which will set trade rules for roughly 40 percent of global commerce in a dozen Pacific Rim countries, remains a secret, even as the accord hurtles toward Congress for an accelerated vote.   Story here. RELATED:   " Free Trade: Path to Prosperity - or Back Road to Corporatism?"
Post a Comment
Read more

- October 07, 2015
Dear Editor,  I’m disappointed that our Conservative Member of Parliament, Robert Sopuck did not attend the forum on child poverty here in Neepawa recently.
Post a Comment
Read more

The Harper Government Crawls Into Bed With a Shady Accounting Firm.

El Salvador vs Pacific Rim: the Price of Saying ‘No’ to a Gold Mine

Colombia In The Shadow Of Human Rights Abuses

- October 04, 2015
Independent        Australia Despite being a Canadian going back fourteen generations to 1587, Sea Shepherd captain and anti-whaling activist Paul Watson can no longer enter Canada because Stephen Harper took away his passport to placate Japanese whalers. Story here.
Post a Comment
Read more

WHO Deplores Bombing of MSF Clinic in Afghanistatn

- October 03, 2015
GENEVA - The World Health Organization (WHO) deplores the bombing of a clinic run by Medecins Sans Frontieres (MSF) in Kunduz, Afghanistan, and extends its sincere condolences to the families and colleagues of those killed and injured. This represents a major loss for MSF and the affected community - to whom WHO offers its sympathy and support - and a serious challenge to humanitarian work in Afghanistan.
1 comment
Read more

- October 03, 2015
NATIONAL OBSERVER Beginning in 2008 — at the height of the global financial crisis — the federal government spent over $20 million on Christian religious groups and schools, including $495,600 for the Wycliffe Bible Translators in Langley, B.C. and $3.7 million transferred from federal funds to “Youth for Christ” in Winnipeg. It also set up…. STORY HERE.
Post a Comment
Read more

- October 03, 2015
care2 It has been hailed as one of the greenest countries on Earth . Currently, the country’s carbon emissions rate is a negligible 0.8 metric tons per capita , according to the World Bank. Not only is it  carbon neutral , it’s also a carbon sink—making it one of the few countries in the world to have negative carbon emissions. Story here.
1 comment
Read more

National Televised Leaders Debate Cancellation is an Affront to Democracy. 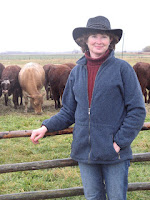 News Release - Green Party of Canada.  GRANDVIEW October 2, 2015 – Despite efforts by the Greens and the major national English language television broadcasters, the NDP have withdrawn from the national leaders' debate and today the debate has been cancelled. “Cancellation of the National leader’s debate is a huge blow to democracy and to Canadian voters." said Kate Storey, local Green Party candidate for Dauphin Swan River Neepawa (above).
Post a Comment
Read more

by Larry Powell Planet In Peril has sorted through some of the confusion surrounding the absence of Robert Sopuck (above), the Conservative Member of Parliament for Dauphin-Swan River-Neepawa,  from a candidates' forum on child poverty in Neepawa on Wednesday.  About a month ago, his office told forum organizers that he would be attending.  But his office manager in Neepawa, Christine Waddell, later announced he could not attend due to "scheduling conflicts." She said the night of the event, he was in Inglis, a small town in the western part of his riding.  This morning, however, Sopuck himself told PinP he had actually been in Roblin, a larger town just north of Inglis. A newspaper ad indicated it was a "meet and greet" affair. But that was in the morning in Roblin, a town within a 3-hour drive of Neepawa. So it's still not clear what the event in Inglis was which took priority over a candidate's forum. The MP bristled at my suggestion th
Post a Comment
Read more 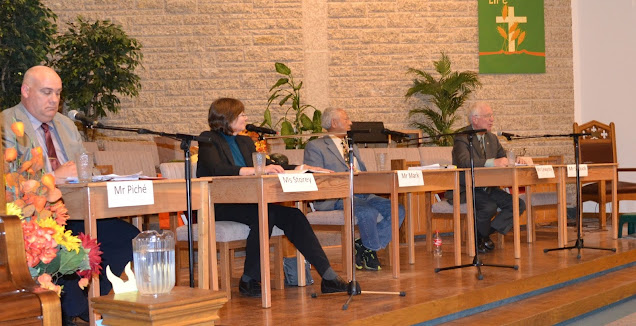 Are hungry kids a priority for the Harper government? by Larry Powell The forum (for the riding of Dauphin - Swan River - Neepawa) was sponsored by the Mission and Services Committee of the Neepawa United Church. It drew about 80 people to the church on Wednesday. But only four of the five candidates (see below) took part in the debate -  Ray  Piché  (Liberal),   Kate Storey (Green Party),  Inky Mark (Ind.) and  Laverne Lewycky (NDP) . The 5th candidate, the sitting Conservative MP for the area, Robert Sopuck (represented by the empty chair on the right), did not attend. His office manager in Neepawa, Christine Waddell, said he was in Inglis, a small community in the western part of the riding for the evening. She did not elaborate. But she did explain that a campaign worker was mistaken when he told forum organizers earlier that Mr. Sopuck would, in fact be there. Piché , the Liberal candidate, said the MP's absence showed “disrespect” for the rest of the candidates
Post a Comment
Read more
More posts