Showing posts from August, 2010
Show all

Willaim Ryerson on the US "Population Bomb" (Video)

Global Warming Deniers Aren't "Experts" At All: It's Time for a New View of Science 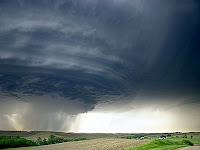 City of Moose Jaw Fined $55,000 for Violation of Fisheries Act 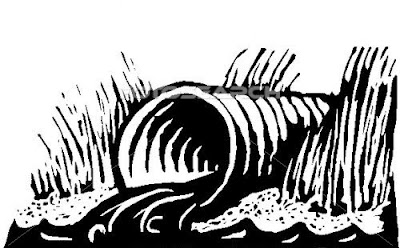 News Release - Gov't. of CA MOOSE JAW, SK. - The City of.. EDITOR'S NOTE: Bravo! But just a moment! Who will be pleading guilty now that this same hypocritical federal government is allowing mining companies to pollute pristine Canadian lakes with their poisonous tailings? l.p.
Post a Comment
Read more

Sunday 29 August 2010 - by: Olga Bonfiglio, t r u t h o u t Hurricane Katrina demonstrated… One of the many disturbing scenese after the tragedy. (Nat'l. Geographic photo)
Post a Comment
Read more 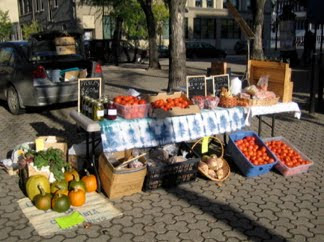 Earth Overshoot Day – how can we get out of debt?

Factory Farms Make You Sick, Let Us Count the Ways

Ryan Reynolds Video on the True Cost of Gasoline 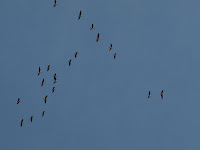 Natural Resources Defense Council's Save BioGems News, Au 25, 2010 In northeastern Alberta, the lush forests, sedge meadows and freshwater lakes of the Peace-Athabasca Delta attract more than a million birds every year. Manitoba geese photo by l.p. These undisturbed wetlands are critical nesting grounds for tundra swans, snow geese, whooping cranes and countless ducks, but they are slowly being poisoned by tar sands oil extraction taking place just south of the delta. Tar sands oil development has already contaminated rivers and lakes with toxic discharge, created vast waste ponds and worsened global warming pollution. Now, plans for a new trans-boundary pipeline that would bring tar sands oil from Canada to the U.S. Gulf Coast is moving forward, paving the way for additional mining and drilling in the boreal forest. Not only would the Keystone XL tar sands pipeline destroy even more habitat for millions of migratory birds, it would do nothing to lead the United States toward
Post a Comment
Read more

Suburban Sprawl and the Decline of Social Capital

22 August 2010 - by: Anthony DiMaggio, t r u t h o u t Why Long Commutes Are Bad for the American Body and Mind (P.S. Canadian, too? l.p.) Please also visit this link and read about the tragedy of this huge, new subdivision that was supposed to be a progressive, green addition to Winnipeg. Waverly West construction. Wpg. Free Press photo
Post a Comment
Read more

Au 24-2010 - by Larry Powell Important recommendations on what the Manitoba Government should do about controlling pollution from a big wood products plant in the province, are now in the hands of the Minister of Conservation, Bill Blaikie. Louisiana Pacific Canada's OSB mill near Swan River. Photo by Larry The Clean Environment Commission, an "arms-length" advisory agency, began last year to look into the merits of a government decision almost 20 months ago, to allow "temporary" closure of pollution control devices at Louisiana Pacific's "oriented strandboard" plant in the Swan Valley of western Manitoba. Certain toxic emissions have apparently been escaping into the air around the plant, near the Village of Minitonas, since that time. The Commission will recommend that the devices should either be started up again, or closed permanently. The agency says it submitted its report to Blaikie on Aug. 16th, but, he was away, so wouldn't hav
Post a Comment
Read more

Au 24-'10 - Below is my letter to the Winnipeg Free Press (now published, Au 27.) l.p. === = Dear Editor, I find media coverage of Prime Minister Steven Harper's current tour of the north, appalling. If I heard the CBC correctly this morning, our Prime Minister is "putting emphasis on science" in his approach to northern development! An emphasis on science? The sad fact is, this so-called leader of ours has been spitting on science and scientists ever since he came to power. He has been appointing "climate-denying" oil and gas toadies as his "science advisers" while being nothing but criminally negligent in his approach to the crisis of global warming. As our "True North" melts around the people and creatures living there, Harper parades about, peddling "Arctic sovereignty" as some kind of opiate we can all use to avoid the harsh reality of climate change. No doubt Harper has a greedy eye on the petroleum bonanza
Post a Comment
Read more

A Great Way to Blow a Day

Louis Bergeron - Stanford News Service - 2010 Advances in high-yield agriculture….. EDITOR'S NOTE: I do not always agree with stories I post here. This is a case in point. But what I think is secondary. I would love to hear your comments on this study. Might there be something to it? Or is it just a piece of "agri-biz" propoganda? l.p.
1 comment
Read more

Three Pillars of a Food Revolution

Mankind is Using up Global Resources Faster Than Ever

By Louise Gray - Telegraph.co.uk  - 16 Aug 2010 The growing world population and increasing consumption have pushed the world into ‘eco-debt’ a month earlier this year, according to the latest statistics on global resources. www.thenutritionpost.com
Post a Comment
Read more

Uncovering the Lies That Are Sinking the Oil 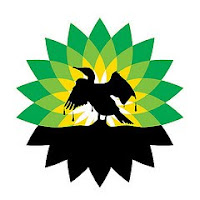 Truthout - 16 Au '10 - by: Dahr Jamail and Erika Blumenfeld The rampant use of...
Post a Comment
Read more

Could Zero Tillage Prove to be a Boon for Developing-World Farmers? 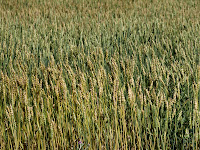 Manitoba Will be Significantly Affected by Climate Change - Govt. of Can. Website 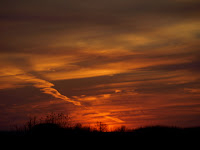 Manitoba Wildlands - Au - 2010 It is expected that Manitoba will be highly impacted... Sunset photo by l.p.
Post a Comment
Read more

More Drilling, More Disasters, (Including Canada) Unless We All Do Our Part

Science Matters - By David Suzuki The Gulf of Mexico disaster is... Photo by Calgary Herald
Post a Comment
Read more 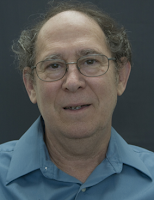 Is the News Coming From the Gulf Too Good To Be True? Unfortunately, Yes

AlterNet - Au 1o-2010 Thad Allen may be struggling to find the oil, but that's not because it's all gone. Bird in oil spill. Seattle Weekly
Post a Comment
Read more 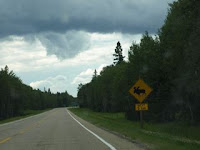 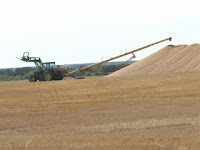 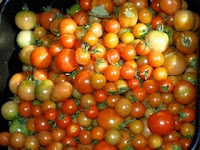 Russia's Agony a "Wake-Up Call" to the World

• Suzanne Goldenberg, US environment correspondent • guardian.co.uk, Tuesday 10 August 2010 Scientists warn that temperature rise of between 2C and 7C would cause ice to melt, resulting in 23ft rise in sea level ! A view of Jakobshavn Glacier (Sermeq Kujalleq), the most dynamic glacier in Greenland. Photo courtesy of Science Poles
Post a Comment
Read more 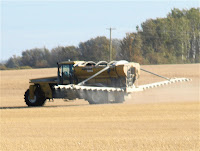 By Jill Richardson - Alternet - Au 6'10 The author takes a trip to Mexico to see the 'green revolution' firsthand -- and what she finds is shocking. Crop sprayer photo by l.p.
Post a Comment
Read more

Is Climate Change a Four-Letter Word? 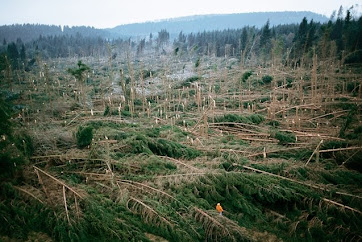 by Larry Powell If it isn't a "dirty" topic, why then do so many people seem to prefer to walk on hot coals rather than talk about it? I happen to be one who believes climate change is not only real and affecting us now, but is caused by the way we live on this earth as humans. But don't take my word for it. That is exactly what the world's best scientific minds have been telling us for years. But nobody seems to be listening; or, even worse, refusing to hear! And what about the skyrocketing number of deadly storms, both around the world and here on our own doorstep ? I've either been seeing them in the news, a lot, or experiencing them, first hand. Haven't you?   Trees brought down by the storm in the Vosges forest, France De. '99 Courtesy of the Yann Arthus-Bertrand Galerie I have sometimes tried to get people to tell me what they believe might be behind all this weird weather. (I'm usually met with stoney silence or a noncommittal
2 comments
Read more 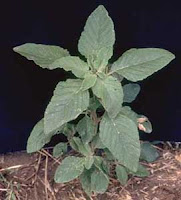