Showing posts with the label Progressive causes
Show all

Freedom for the Arctic 30!

- December 18, 2013
Greenpeace Hi Larry, Big news! The Arctic 30 have been granted amnesty. Earlier today the Russian government agreed to amend an amnesty bill to include the Arctic 30, and just now the bill was officially adopted by their parliament. This means legal proceedings against them will be halted and they should be home soon. I can almost hear the collective sigh of relief, but the Arctic 30 have said they’re not celebrating. They’ve all spent two months in jail for a crime they didn’t commit, and faced criminal charges that were absurd. As Pete Willcox, captain of the Arctic Sunrise, said: “There’s no amnesty for the Arctic.”
Post a Comment
Read more 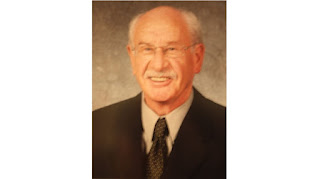 Centre for Policy Alternatives If we’re very lucky, every once in a while someone special will come into our lives. Errol Black was special. photo credit: CTV News
1 comment
Read more
More posts