Showing posts with the label Human intrustion
Show all 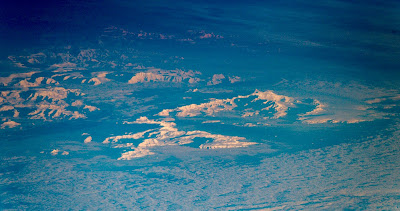 Nature Antarctica. Aerial photo by Astro_Alex. Less than 32% of Antarctica is made up of areas that are free from human interference, and these areas are declining as human activity increases, reports a paper published in Nature. The study finds that although 99.6% of the continent can be considered to be wilderness (a relatively undisturbed environment), this area does not include much of its biodiversity. Despite Antarctica’s isolation, the continent is under increasing pressure from human activity, including scientific research, the development of infrastructure and tourism. However, the total area of wilderness on the continent is unknown, as is the extent to which Antarctica’s biodiversity is contained within this. Four killer whales cooperatively hunting a crabeater  seal off the coast of Antarctica. Photo by Callan Carpenter,  taken from one of many research vessels in the area.  Steven Chown and colleagues assembled a record of ground-based human activ
1 comment
Read more
More posts