Cargill: the company feeding the world by helping destroy the planet

THE BUREAU OF INVESTIGATIVE JOURNALISM

by Larry Powell
This is the story of the "Grey-Head." It's but a single member of a large family of albatrosses called Diomedeidae. Major research studies published recently, warn of twin threats facing the already-endangered bird. Each is different. Each is insidious.
In general, the albatross carries higher burdens of mercury in its body than any other bird on earth. (In the marine environment, only some marine mammals carry more.)
Still, even those who measured levels of mercury in "Grey-Heads" at their largest breeding colony on South Georgia Island recently, must have been shocked by what they found.
They discovered the highest amounts of that contaminant ever recorded in that species anywhere - a threefold increase over twenty-five-years.
Mercury is described as a “pervasive environmental contaminant that can negatively impact humans and wildlife.” While some of it originates in nature, much probably comes from distant gold mines or coal-fired power plants. In gaseous form, it can travel long-distances through the air. As it settles onto the marine environment, it becomes even more toxic as it moves up through the food web.
The birds then ingest it in their prey. It doesn't kill them outright. But it reduces their ability to reproduce. Adult males on South Georgia who sired the fewest chicks, also had the highest levels of mercury in their bodies.
The "Grey-Head" finds no refuge in the remoteness of its home.
South Georgia is a lonely spot, far out in the Atlantic, east of South America's southernmost tip. (The general area is sometimes referred to as "The Southern Ocean" or "sub-Antarctica.")
In 2003 and 2004, the last available count, there were almost 48 thousand pair breeding on the island - about half of their entire world population.
While that may sound like a lot, their numbers have been in decline for over thirty years. And now, they’re listed by the World Conservation Union as endangered.
The lead author of the study, William Mills of the British Antarctic Survey, tells PinP in an email, "Trends that we found could be due to birds shifting their diets or foraging habitats to more contaminated prey or regions."
In a paper published by The Royal Society in December, Dr. Mills' team concludes, "These results provide key insights into the drivers and consequences of Hg (mercury) exposure in this globally important albatross population."
But the Grey Head's problems don't end with mercury contamination.
Research published last spring in the journal Environment International finds, “Grey-headed albatrosses are exposed to large and increasing amounts of plastics transported from coastal South America in the Subantarctic Current, or discarded from vessels and circulating in the South Atlantic Gyre."
It's a horrible tale, long illustrated by images of the birds (and many other forms of marine life) becoming entangled in fish-nets as "biocatch." The birds also mistake much of the plastic as food. While the adults can sometimes regurgitate it, the chicks cannot and die as a result.
"Marine plastics are a major, trans-boundary animal-welfare and environmental issue," concludes the report, "that needs to be addressed by much-improved waste-management practices and compliance-monitoring both on land and on vessels in the south Atlantic.”
The albatross....not an "ordinary" bird.
The albatross is among the largest of all the flying birds. Its wingspan can be as wide as a basketball player is tall. Even its lifespan - up to eight decades - is comparable to a human's.
It has the remarkable ability of spending the first few years of its long life never touching land - just soaring above the ocean and resting only on the water. It's such an efficient and effortless flyer - it rarely needs to even flap its wings.
Immortalized over the ages as an omen of either good or ill.
Some interpret "The Rime," below, as a commentary on man's inhumanity toward nature. It was written centuries ago. But is the message really that different all these years later? l.p. 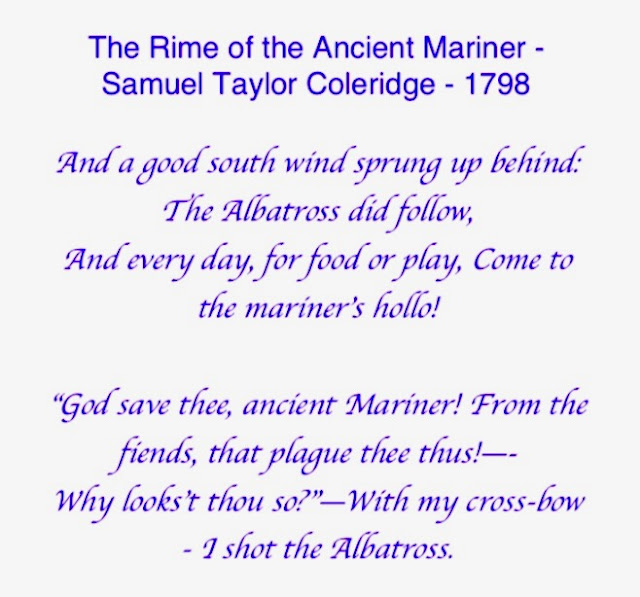 Recent years have witnessed a widespread and catastrophic decline in the number of forest elephants in protected areas in Côte d'Ivoire, according to a new study. Story here.

The ten costliest weather disasters worldwide this year saw insured damages worth $150 billion, topping the figure for 2019 and reflecting a long-term impact of global warming, according to a report today. Story here.

The Seal River is Manitoba’s only major waterway that hasn’t been dammed — and five Indigenous communities have banded together to keep it that way. Story here.

Fertilizer runoff in streams and rivers can have cascading effects, analysis shows

Fertilizer pollution can have significant ripple effects in the food webs of streams and rivers, according to a new analysis of global data.
Story here.
- December 23, 2020 1 comment:

Almost 90% of terrestrial vertebrate species around the world might lose some of their habitat by 2050 as land is cleared to meet the future demand for food. However, according to a modelling study published in Nature Sustainability, proactive policies focusing on how, where and what food is produced could reduce these threats while also supporting human well-being.

Habitat loss driven by agricultural expansion is a major threat to terrestrial vertebrates. Projections based on human population growth and dietary needs estimate that we will need 2–10 million km2 of new agricultural land to be cleared at the expense of natural habitats.

Conventional conservation approaches — which often focus on a small number of species and/or a specific landscape — may be insufficient to fight these trends. Adequately responding to the impending biodiversity crisis requires location- and species-specific assessments of many thousands of species to identify the species and landscapes most at risk.

David Williams, Michael Clark and colleagues developed a model that increases both the breadth and specificity of current conservation analyses. The authors examined the impacts of likely agricultural expansion on almost 20,000 species.

They found that under current trajectories, 87.7% (17,409) of the terrestrial bird, amphibian, and mammal species in the analysis might lose some habitat by 2050, including around 1,200 species projected to lose more than 25% of their remaining habitat. Projected mean habitat losses were greatest in sub-Saharan Africa with large losses also projected in the Atlantic forest of Brazil, in eastern Argentina and in parts of South and Southeast Asia.

However, the authors also show that proactive policies, such as increasing agricultural yields, transitioning to healthier diets and reducing food waste, may have considerable benefits, with different approaches having bigger impacts in different regions.

It's not exactly "news" that spending time in nature benefits human health and well-being. But an experiment conducted by social scientists along some mountain trails in Colorado shows - it's not just the wind in our faces or the grandeur of the scenery we need to thank.

Committee on the Status of Endangered Wildlife in Canada. (COSEWIC)

After maturing at sea, Chinook Salmon on Canada's West Coast swim back to their natal streams to spawn. Twenty-eight populations of Chinook Salmon live in Southern British Columbia, each with different habitats and survival strategies. Chinook Salmon face many threats in both fresh and saltwater, including climate change and detrimental effects from hatchery fish. At the current meeting, COSEWIC considered the 12 populations of Chinook Salmon most impacted by hatcheries: four were designated Endangered, three Threatened, and one Special Concern, while one was deemed Not at Risk. Three remote populations were determined to be Data Deficient, and will require additional research before being re-assessed. Details here.

If we are to stabilize world food production, we not only need a wider variety of crops, but ones that are sown and harvested at different times, too.

Securing food supplies around the globe is a challenge facing humanity, especially in light of the predicted increase in the world's population and the effects of climate change. Greater crop diversity in agriculture is seen as a stabilizing factor for food security. Yet crop diversity alone is not sufficient. Researchers now argue that it's also essential that crops differ in their temporal production patterns.Story here.

Since the first agricultural revolution humans have halved plant biomass, from around 2 teratonnes (2,000,000,000,000 tonnes) to the current value of around 1 teratonne, through land-use changes such as agriculture and deforestation. The increasing production and accumulation of human-made objects (termed anthropogenic mass) has also contributed to a shift in the balance between living and human-made mass.

Ron Milo and colleagues estimate changes in global biomass and human-made mass from 1900 to the present day. They show that at the beginning of the twentieth century, the mass of human-produced objects was equal to around 3% of total biomass, whereas today human-made mass exceeds the overall global biomass, weighing in at around 1.1 teratonnes. Over this period, overall biomass decreased slightly, whereas anthropogenic mass has increased rapidly and is now being produced at a rate of more than 30 gigatonnes (30,000,000,000 tonnes) per year. This means that for every person in the world, more than their body weight in human-made objects is being produced each week.

Buildings and roads make up the majority of human-made mass; other examples include plastics and machines. Changes in the composition of this mass correspond to specific construction trends, such as the shift from using bricks to concrete in buildings from the mid-1950s and the use of asphalt for road paving in the 1960s. In addition, shifts in the total anthropogenic mass are linked to major events, such as continuous increases in construction after World War II (a period known as the Great Acceleration).

The exact timing of crossover is sensitive to definitions, so there may be some variability in the estimates, the authors note. They use dry-weight estimates (excluding water), but they suggest that wet-mass estimates or different definitions of mass categories could still place the transition in mass balance within the past, present or future decade.

If current trends continue, human-generated mass is expected to exceed 3 teratonnes by 2040. 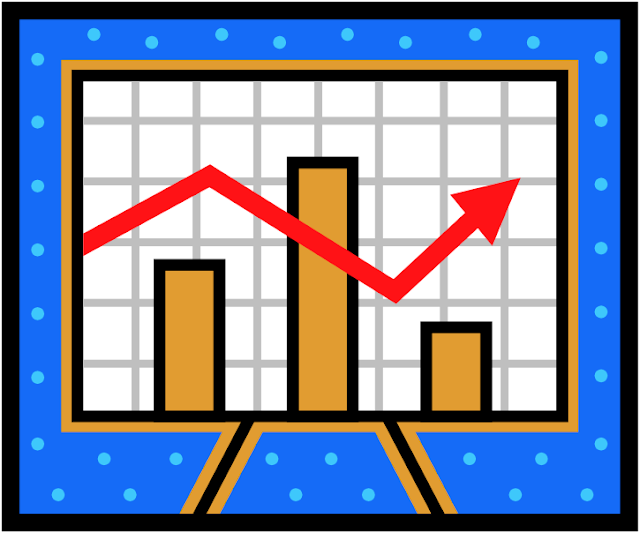 Profit, profit, profit.
Look behind their pro-climate ads and do what they do. Follow the money. Story here.

How ethical are ethical funds?

(Note - this report came out last year. But it bears repeating.)

Humanity must overhaul the global food system to stop the climate breakdown, according to a dire report released in 2019. Story here. 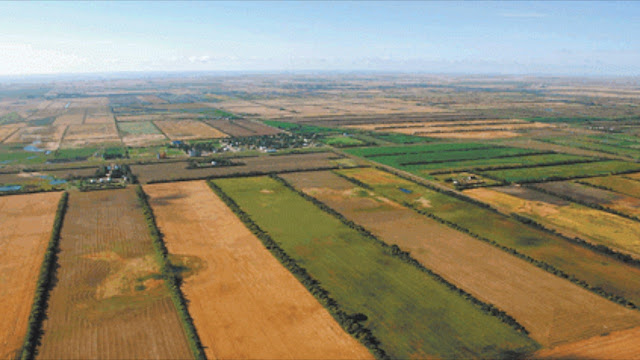 When trees are grown together with crops and livestock, as an integrated production unit, numerous benefits can be observed. Trees have been shown to indirectly increase crop yields, improve soil and water quality, increase biodiversity, reduce greenhouse gas emissions, and increase carbon sequestration. (Source - Climate Connection.) Scenes such as this, where trees were planted in rows, as "shelterbelts," used to be common on the Canadian prairies. But, no more. 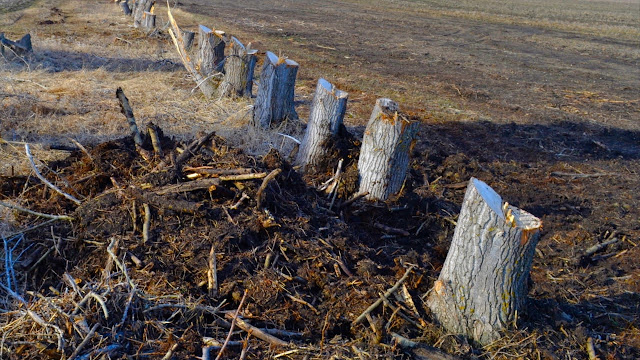 Many farmers are now slashing and burning such trees, so their huge farm machines can operate more efficiently, such as this one in southwestern Manitoba. A PinP photo.