Showing posts with the label Small Victories
Show all

- October 13, 2015
AgroNews Austrian Health Minister Sabine Oberhauser and a number of Italian Ministries have confirmed that both countries are officially requesting an opt-out from growing the eight varieties of  GM maize permitted or set to be permitted at the EU level, thus there will now be a full ban on GM crops in both countries under new EU regulations. Story here.
Post a Comment
Read more 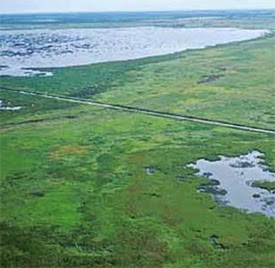 Flood Control, Water Quality, Carbon Storage,  Wildlife to Benefit:  Minister Mackintosh Photo credit - Town of Gladstone.  A Lake Manitoba wetland about five times the size of Birds Hill Park called Big Grass Marsh has been donated by the municipalities of Lakeview and Westbourne for conservation, making this the largest such land donation in the province’s history, Conservation and Water Stewardship Minister Gord Mackintosh announced today.  This is the largest conservation agreement of its kind in Canada.
Post a Comment
Read more 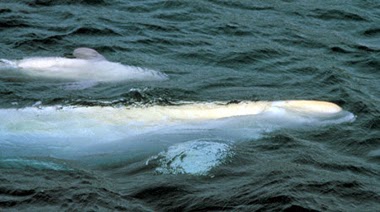 - December 13, 2013
The Canadian Press  A North American trade body has asked Ottawa to respond to allegations that it has failed to enforce its own laws when it comes to oilsands waste known as tailings. Full story here.
1 comment
Read more

- December 13, 2013
The Globe and Mail The federal government will, for the first time, designate crude oil a highly dangerous substance and introduce tougher safety and testing measures for shipping oil by rail.  Details here. Related: " Have Our Servants Become Our Masters? "
1 comment
Read more

- October 03, 2013
Pembina Institute EDMONTON — Alberta’s Court of Queen’s Bench has quashed a government decision not to allow the Pembina Institute and the Fort McMurray Environmental Association to participate in the regulatory review of a proposed oilsands project. Full story here.
1 comment
Read more

MSN A GMO crop in Manitoba, Canada. PLT photo. Think you can plant genetically modified seeds with your crop and no one will notice? Better not try it in Hungary, where agriculture officials literally took a scorched-Earth approach to GMO seeds... Details here.
Post a Comment
Read more

Pollinator Protection - Europe Shows Us How It's Done

Dear Editor,  Oh, to be in Europe, now that they have put us to shame, once again!  Member states of the European Union have just voted to clamp a temporary (2 year) ban on members of that "devil family" of bee-killing insecticides known as "neonicotinoids." It is now illegal to use the stuff anywhere over that entire continent! While Europe has finally seen the light, they're still applied prodigiously on food crops in North America. The seeds of crops such as corn and canola are now shot-full of them before they even go into the ground!
Post a Comment
Read more 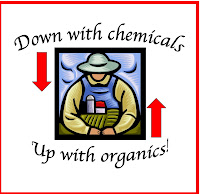 "The House" Apologizes Over an Interview on the Keystone Pipeline

by Larry Powell This morning,"The House" apologized over an interview done on that CBC Radio program on July 23rd. In the interview, Derek Burney, once Canada's ambassador to the US, sung the praises of the proposed Keystone XL pipeline and attacked critics in the environmental movement as "emotional" and even "violent." In the process of responding to that interview, I discovered Burney is a Director of TransCanadaPipelines, the company building the project. He did not disclose this in the course of the interview. After complaining twice to the CBC ombudsman, I received an apology from "The House," yesterday, saying it was unaware of Burney's vested interest at the time. It ran this clarification on its program this morning (Sept 10th) . "On July 23rd we aired a conversation with former ambassadors Derek Burney & Gordon Giffin about Canada-US relations. Part of the discussion was about the Keystone XL pipeline project. We
2 comments
Read more
More posts