Showing posts from June, 2013
Show all

The Growing Truth About GM Crops 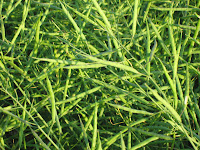 Winnipeg Free Press - Laura Rance They could eventually bankrupt Manitoba.  Details here.   Excess moisture caused this key highway in western Manitoba to collapse in 2012. Detours were in effect for months while it was being repaired, costing area farmers and businesses dearly. PLT photo.
Post a Comment
Read more

What Part of 'No' Does Enbridge Not Understand?

- June 29, 2013
Huffington Post "Pipelines, no! Salmon, yes!" Last week, hundreds of B.C. residents gathered under the hot sun to say no to Enbridge's proposed pipeline and tankers. On a day better fit for cold drinks and swimming in lakes, people came from across northern B.C. to Terrace on the banks of the Skeena River to deliver a strong message to the energy giant: the answer is still no. Details here.
1 comment
Read more

- June 29, 2013
the guardian Boom in religious tourism and hydroelectric projects may have contributed to disaster in Uttarakhand. Details here.
Post a Comment
Read more

Province of Manitoba, Canada to Proceed With Ban on Chemical Lawn Pesticides

- June 28, 2013
Government of Manitoba Low-Risk Alternatives for Lawn Care to be Focus of Legislation:  Mackintosh. Manitoba is proposing to join most of Canada in reducing children's and pets' exposure to synthetic chemical lawn pesticides with legislation to be introduced in the next session that would replace the sale and use of those products with the rapidly growing array of federally approved, effective, low-risk bio-pesticides, Conservation and Water Stewardship Minister Gord Mackintosh announced today.
3 comments
Read more 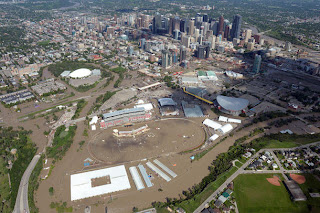 UN News A United Nations senior official today   stressed that this year will be a “turning point” in how governments view and respond to extreme weather events, and floods in particular. Such events are currently affecting several countries across the world. Details here. Calgary flooding: Photo credit:  ca.news.yahoo.com
Post a Comment
Read more 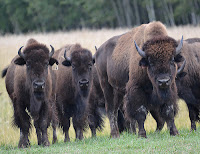 Are GM Seeds a Saviour or a Menace?

- June 23, 2013
delaware online The ranks of those who believe they are the latter, are growing.  Full story here. A field of wheat, blowing in the breeze. A PLT video.
Post a Comment
Read more 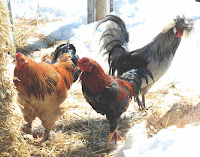 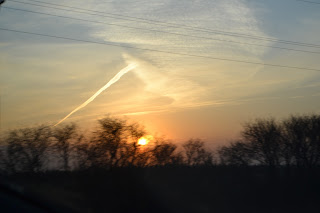 PLT: The CBC Radio program, "The Current," interviewed a UN climate expert on the flooding in Alberta this morning. (Ironically, he is from Canmore, one of the hardest-hit communities in the province, himself.) He laid out the climate change connection to the disaster in no uncertain terms. But, like so many others, he did not mention humanity's role in the very creation of this horrible "new normal." Below is a copy of an email I subsequently sent to "The Current" after hearing the interview. Dear Erika, I listened with interest to your excellent interview this morning with the UN scientist, Bob Sanford, commenting on the serious flooding in Alberta. His assessment that climate change was behind the profound changes we are seeing    in hydrologic cycles , worldwide was, I thought, "bang-on." At least as far as it went. He emphasized the need to "adapt" to "the new normal" by building better infrastructure,
1 comment
Read more

One in Eight Bird Species Threatened With Extinction 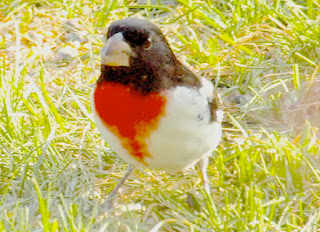 CBC News Canada's birds in better shape than most, study says, but situation still dire.  Details here. Birds like these rose-breasted grosbeak have declined by 10%  since1970 in part due to the loss of mature forests through logging & invasive species like the pine beetle.  (Source: Birdlife International) Barn swallows nest under a  bridge in Manitoba. PLT photos. Related:  Changing climate poses severe risks to birds, Utah waterfowl
1 comment
Read more

India Now Has its Own "Monsanto Protection Act!"

Benefits of Community Pasture on the Canadian Prairies Misunderstood 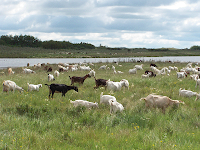 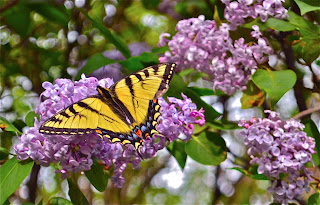 Daily Express PESTICIDES which have been linked with the decline in bees could also harm other wildlife such as butterflies, mice and partridges, it has emerged. Full story here. Swallowtail butterfly. PLT photo
1 comment
Read more

- June 17, 2013
CBC Alberta's energy industry has found that cleaning up oilsands tailings is much harder than it thought. Details here.
1 comment
Read more

Dirty Energy Ushers Us Into New, and Disturbing, Territory in Canada

- June 15, 2013
350 or bust How much more damage to our land, water, and climate are we willing to tolerate before we just say noto this economic system of death? Details here.
1 comment
Read more

Agri-Giants Trying to Solve Bee Deaths. Many Believe They Caused Them 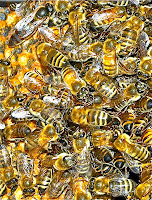 St. Louis Post-Dispatch One of every three bites of food we consume  depends on pollination by honeybees , but these overlooked contributors to our food system are continuing to die in stubbornly perplexing ways.  Details here. A honeybee hive, Manitoba,  Canada.   PLT photo.
1 comment
Read more

Dear Larry, GREAT NEWS FOR THE SPIRIT BEAR COAST!  In a big win for the spectacular Spirit Bear Coast and its wildlife,  the British Columbia government has just announced its formal opposition to the proposed Northern Gateway tar sands pipeline. This is a key breakthrough in our fight against tar sands development --  and one that would not have been possible without your online activism.
Post a Comment
Read more

Canada's 'Northern Amazon' on the Brink

First Green Party Member in the History of the Legislative Assembly of British Columbia, Canada, Sworn In

Partnerships Will Help Leverage More Than $1 Billion  Over Five Years: (Minister for the Environment) Mackintosh A Lake Friendly Accord and Stewards Alliance, and partnerships and initiatives between the Manitoba government and other jurisdictions will leverage more than $1 billion to better co-ordinate efforts to improve all waterways in the Lake Winnipeg basin with the majority of                      PLT Photo                    funding dedicated to reducing nutrient pollution from waste water, Conservation and Water Stewardship Minister Gord Mackintosh announced today.
2 comments
Read more

Artist Finds Inspiration in Canadian Government's Attempt to Silence Her 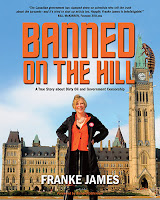 the guardian Visual essays by Franke James reveal how the 'troublesome artist' was targeted because her views on climate change clashed with the push to develop Alberta's tar sands. Full story here.
Post a Comment
Read more

- June 06, 2013
Common Dreams Monsanto claimed Wednesday that the Oregon field found last week to be contaminated with Monsanto's unapproved GM wheat was an "isolated" incident, and that it was likely either the result of an accident or "sabotage." However, scientists warned Thursday that the biotech giant's denial has many holes. Details here. Related: Illegal GM Wheat Contamination Discovered in US
1 comment
Read more

A Fragile Ecosystem in Ecuador Threatened by Climate Change

- June 06, 2013
QUITO, (Inter Press Service) - The “páramos” or high plateaus of Ecuador, a crucial source of water, are showing signs of extreme fragility and a troubling loss of capacity to conserve this vital resource and sustain the survival of numerous species found nowhere else on earth. Full story here.
Post a Comment
Read more 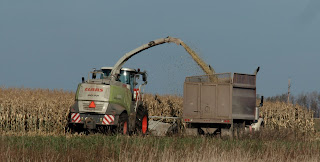 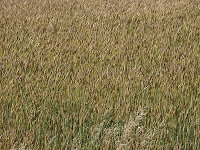 - June 03, 2013
Grist - a beacon in the smog In Smithfield, Va., on Wednesday, locals were shocked to discover that their town’s namesake, Smithfield Foods, founded in 1936 as a single meatpacking plant and now the largest pork producer in the world, is poised to be sold to Chinese meat company Shuanghui International. If approved by federal regulators, the $4.7 billion deal would be the biggest takeover in history of an American company by a Chinese one. Details here.
1 comment
Read more