Save the Wilderness. A music video by Eric Bogle and Larry Powell

With special thanks to Eric Bogle, for granting me permission to use his song for this video! 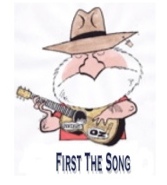 The Guardian
Figure based on new analysis of coastlines is more than three times previous estimate. Story here.
- October 29, 2019 No comments:

The Real Case for Saving Species: We Don’t Need Them, But They Need Us


Conservationists argue that humans need to save species in order to save ourselves. The truth is we could survive without wild species — but they can’t survive without us, and the moral argument for protecting them and the beauty they bring to the world is overwhelming. Story here.

Trump’s Justice Dept. Sues California to Stop Climate Initiative From Extending to the Province of Quebec. 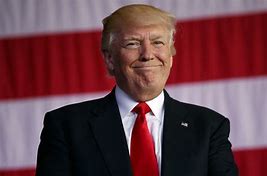 The Trump administration took another legal shot at California on Wednesday, suing to block part of the state’s greenhouse gas reduction program and limit its ability to take international leadership in curbing planet warming emissions. Story here.
- October 23, 2019 No comments:

Understanding extinction — humanity has destroyed half the life on Earth

Much of the Earth is still wild, but threatened by fragmentation

Half of the Earth's land surface not covered with ice remains relatively wild—but many of these "low human-impact" areas are broken into small, isolated pieces, threatening their future. Story here.


The more we carve up natural landscapes with roads and fields, the closer we’re pushing large predators like lions and wolves, toward extinction. by Larry Powell
- October 22, 2019 No comments:

Amazon Watch: What Happens When the Forest Disappears?

The intensity of summer algal blooms has increased over the past three decades, according to a first-ever global survey of dozens of large, freshwater lakes. Story here.
- October 14, 2019 No comments:

Science
Fires set illegally to clear forests and peatlands for agricultural use in Indonesia are once again generating an acrid haze that has spread across that country and its neighbors. But a number of scientists say the haze emergency—which sent scores to hospitals with respiratory problems and led to school closures and flight cancellations—could have been worse. In the years since the last major haze event in 2015, Indonesia has moved to restore peatlands, making them more fire-resistant; enhanced restrictions on converting primary forests to agricultural lands; and stepped up enforcement of bans on fires. Experts praise the progress but say even more needs to be done, particularly in area of enforcement of laws holding plantation operators liable for fires on their lands even if they don't deliberately start them.

I believe we rural Manitobans need to do a deep “re-think” of how we traditionally vote if we want to do anything meaningful about our looming climate catastrophe. 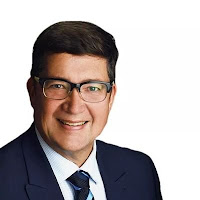 In my own riding of Dauphin-Swan River-Neepawa, for example, we're about to elect Dan Mazier (l.), to a four-year term as our Conservative Member of Parliament. While he wouldn't accept the label of "climate-denier" (he does use solar panels to help power his farm and has been endorsed by an environmental group), he’s still echoing on social media, his own party’s shrill opposition to the carbon tax. (In my books, this makes him a candidate for that label.)

Despite the fact the tax applies to fossil fuels only, is refundable and exempts many farm fuels like the ones Mazier burns on his own farm, he amazingly concludes, it will “increase the cost of almost everything!”

In my mind, one cannot be a true supporter of climate action while opposing a price on carbon.

A carbon tax in BC in the early 2000s, worked.  It actually reduced emissions without damaging the economy in the least. It has also been endorsed by leading climatologists, a Nobel prize-winning economists and the respected think-tank, the Pembina Institute, to name a few.

The irony of Mazier’s position is striking. He's a conventional farmer who uses lots of fuel in his big machines and synthetic fertilizers on his crops. And he's almost certainly facing economic losses himself from a wacky growing season which bears all the hallmarks of manmade climate change. Drought, torrential rains, hail and snow have left vast amounts of crop in the fields (see above) and many livestock producers on the verge of ruin. And the irony only deepens when you consider the deeply-flawed way Trudeau imposed the tax on Manitoba. It exempts producers like Mazier from paying it at all on much of the fuel he burns on his farm.

For years, Conservative has been the party of choice for most rural Manitobans. The outgoing MP for this area, Conservative Robert Sopuck, criticized organic production and strongly opposed action on climate change. He was a strong supporter of the status quo in regard to conventional farming and livestock production.

I'm not convinced that I fully believe Conservatives who say they accept that manmade climate change is happening. They take that position because the science is now so compelling, it would make them look ridiculous in the public eye to say otherwise. So their condemnation of a carbon tax is their "fallback position," where they can deny the science in private but publicly still appear to be disagreeing only on solutions.