Showing posts with the label Frack You
Show all 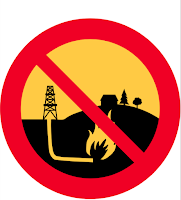 EcoWatch Image by Pixabay. New research by a scientist at Cornell University warns that the fracking  boom in the U.S. and Canada over the past decade is largely to blame for a large rise in methane  in the earth's atmosphere — and that reducing emissions of the extremely potent greenhouse gas is crucial to help stem the international climate  crisis.  Story here.
Post a Comment
Read more 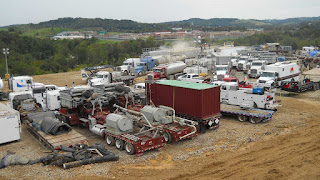 CTV News B.C's Oil & Gas Commission (OGC) has concluded that three earthquakes in the area around Fort. St. John at the end of November were caused by hydraulic fracturing (fracking) operations.  Details here. A fracking operation in New York State. Photo by US Geological Survey. Please also read my story from 2015: Is the "Dubious Duo" of Fracking & Earthquakes More Common in Canada Than we Know? PinP Wonders.    l.p.
Post a Comment
Read more

Dear Manitobans - Fracking May Well be Coming to a Neighbourhood, Town or Park Near You!

- March 22, 2013
....and there will be "frack-all" you can do about it! Please read the Winnipeg Free Press article,  "Shale gas seen as possible new resource here," then watch and learn of this horrific practice on: CBC -The Nature of Things with David Suzuki - - Shattered Ground As reported in the  Winnipeg Free Press , exploration for shale in Manitoba is underway with the potential for the industry to develop within the next ten years. The potential shale formation runs from the Manitoba-Saskatchewan border to Treheme, including the Manitoba Escarpment, Swan Valley, the Porcupine Hills and around Riding Mountain. Province's geologists are (as of January 2012) four years into a study of the province's shale gas potential. Source: Mary Agnes Welch,  Shale Gas seen as Possible new Resource Here , Winnipeg Free Press, January 21, 2012, http://goo.gl/AjXlr It is also reported in the news that Petroleum Services Association of Canada predicted 300 new fracke
Post a Comment
Read more