Showing posts with the label Zoos
Show all 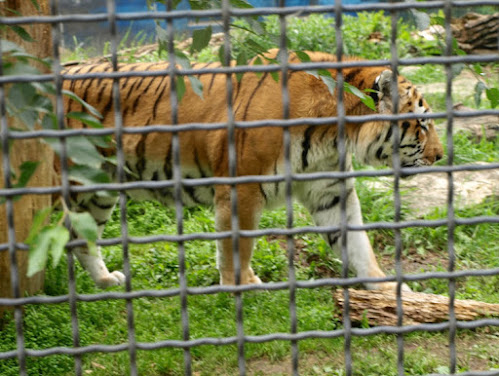 by Larry Powell A Bengal, the commonest tiger species (but still endangered) paces in its cage at Winnipeg's Assiniboine Park zoo.  A PinP photo. A study just published in the journal,   Facets ,   begins positively enough. It acknowledges that members of Canada's Accredited Zoos and Aquariums (CAZA - the private, non-profit charity representing thirty such institutions), do try to be leaders in researching this field and, that they do take part in programs aimed at species survival by breeding animals in captivity, then re-introducing them into the wild. And on its own  website,   CAZA claims, "We are behind some of the most remarkable conservation success stories. This includes, bringing species such as the Black Footed Ferret and the Vancouver Island Marmot back from the brink of extinction,” for example.  However, in some key areas, the researchers (a team of two biologists from Laurentian University in Sudbury) suggest, CAZA and its members are falli
Post a Comment
Read more
More posts