Showing posts with the label Fossil fuels
Show all

Deaths From Fossil Fuel Pollution Much Worse Than COVID-19 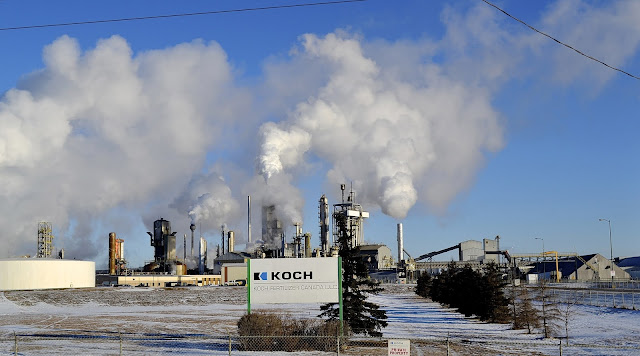 Below 2C The Koch fertilizer plant in Brandon, Manitoba, CA has, since at least 2004, been listed by "Climate Change Connection" as the worst "large final emitter" in this province. “LFEs” are industries or landfills which spew at least 50 thousand tonnes of C02 equivalent into the air annually. Latest figs. show the Koch plant released almost 800 thousand tonnes in 2018. (A PinP  photo.) More people die every year from fossil fuel pollution than have died from COVID-19 since the outbreak in early 2020. According to new research, 8.7 million died prematurely in 2018—more than 18% of the entire global death toll for the year. And while the daily media coverage of the pandemic is on every news feed 24/7, pollution-caused deaths remain largely unnoticed. Details here.
Post a Comment
Read more
More posts