The Narwhal
Conservation and agriculture have often been at odds. But as Ottawa develops the first federal carbon offset standard, farming techniques that reduce greenhouse gas emissions are having a moment. Story here.

RELATED:
Here's another farmer who fits the category described, above.

We must act now - for people and our planet. (Video) 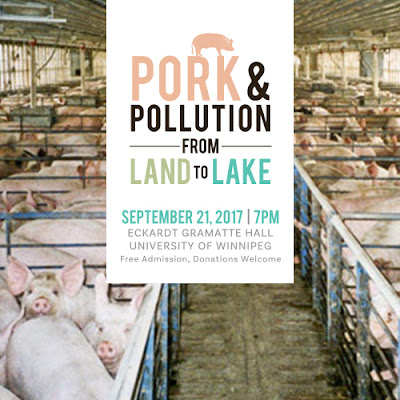 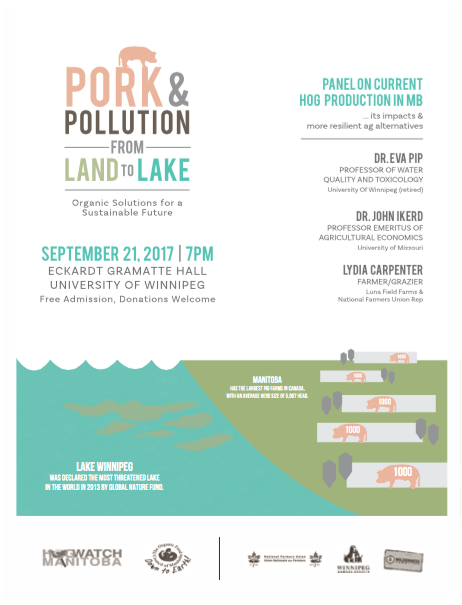 Making the Switch: From fossil fuel subsidies to sustainable energy


This report estimates fossil fuel subsidies to be around USD 425 billion. Such subsidies represent large lost opportunities for governments to invest in renewable energy, energy efficiency and sustainable development. Story here.
- May 25, 2017 No comments:

Want to Find Out How to Invest in Sustainable Agriculture? Read On!

Increased investment in agriculture is critical. In a world confronting anticipated increases in food demand arising from a growing world population and changing diets, as well as potential decreases in food supply due to climatic changes and water scarcity, agricultural investment will prove crucial to addressing food security needs in the future. Story here.

Manitoba Lakes Among ‘Most Poorly- Managed' in the World: Watchdog


Fish caught in Manitoba's three largest lakes have a "do not buy" rating from the sustainable fisheries organization SeaChoice. STORY HERE.
- November 09, 2015 No comments:


Without global efforts to respond to a fungal disease affecting banana production, the $36 billion global industry, which provides a source of income or food to some 400 million people around the world, is under threat, according to the United Nations Food and Agriculture Organization (FAO). Story here.
- December 27, 2014 No comments:

Industrial Agriculture: Too Big to Succeed

An estimated one billion small farmers scratching out a living growing diverse crops and raising animals in developing countries represent the key to maintaining food production in the face of hotter temperatures and drought, especially in the tropical regions, says Sarah Elton, author of the book, “Consumed: Food for a Finite Planet.” Full story here.


Backyard chickens on a small, 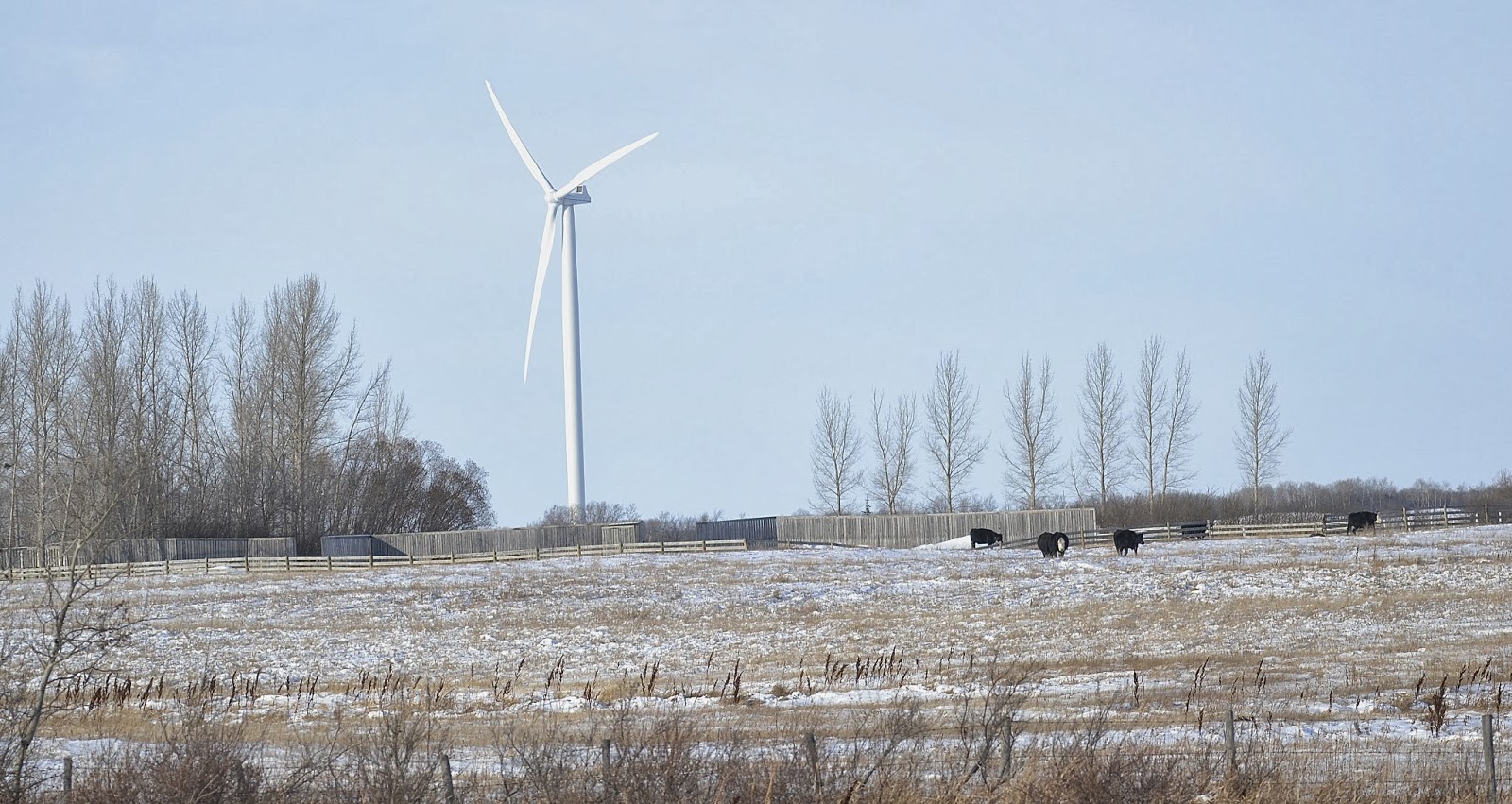 Canadian Technology Could Help Save Civilization!

Permanent Pasture stands can be maintained by use of perennial polycultures that imitate the diversity of natural ecosystems. A diverse grouping of plants consisting of grasses, forbs, and woody species can make up a perenni- al polyculture and be used as pasture for grazing animals (ruminants), including cattle, sheep and goats. Animals on a perennial polyculture can contribute to nutrient cycling and an increase in soil organic matter. Established, maintained and healthy perennial pastures have also been shown to have a large capacity for carbon sequestration.
On our farm in Western Manitoba, we have counted over 30 different species of both native and non-native perennials and biennial forages, including nitrogen-fixing legumes such as alfalfa, pea-vine and various species of clover. These plants populate our permanent pasture that maintains a flock of sheep, a herd of goats and seasonal pro- duction of pasture-raised poultry. 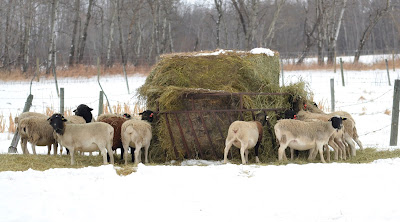 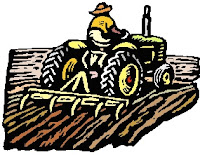 "The MSAPP is a incentive-based program announced by the province in 2008 to encourage producers to adopt and implement BMPs to help reduce greenhouse-gas (GHG) emissions that contribute to climate change," said Struthers "The MSAPP is part of our commitment to reduce greenhouse gas emissions by 2012 to help achieve its climate change objectives and transition to a low-carbon and green economy."

To date, over 180 sustainable agriculture projects have been
approved with Manitoba

producers eligible for payments of over $2 million. Many different projects from every region of the province have been approved including funding for reduced GHG emissions from manure storage, reduced tillage, manure land application, perennial cover for sensitive land, spring fertilizer application, and improved pasture and forage quality.

When complete, it is expected these new projects will provide environmental benefits for both the individual participant and for all Manitobans. The investment in these projects will continue to provide improvements in air, water and soil quality by reducing nutrient and pathogen loss to the environment, preventing soil erosion and improving biodiversity and wildlife habitats, said Struthers.

The total GHG reductions from the actions taken so far by Manitoba producers are estimated at 82,000 tonnes of carbon dioxide, equivalent over the life of the program to approximately 59,000 tonnes in 2009-10 and 23,250 tonnes in 2010-11. GHG emissions from agriculture soils fluctuate from year to year because the types of crops grown affect the amount of fertilizer applied as well as the amount of crop residue returned to the soil after harvest.

For many years, prior to the introduction of the MSAPP, Manitoba producers adopted and implemented BMPs. These included but were not limited to:
- conservation tillage;
- cover crops;
- organic farming;
- effective nutrient management;
- manure management, handling and proper storage; and
- shelterbelts and riparian buffers

The MSAPP has seen an overwhelming response from agricultural producers in Manitoba, said Struthers, adding the program is cost shared with producers and the positive response demonstrates the value Manitoba producers place in making their operations more environmentally sustainable. The MSAPP will run until March 31, 2012.