Showing posts from May, 2010
Show all

- May 30, 2010
EDITOR: If you didn't catch this interview when it aired on CBC Radio's "Sunday Edition" on May 30th, please listen to the podcast. It's an amazing and damning indictment of oil companies in their handling of oil spills by an obviously well-informed and dedicated individual. Just click on the link, below. l.p. Guest host Helen Mann;   Hour One: Life After an Environmental Disaster - What Can the People of Louisianna Learn from the Exxon Valdez? - Riki Ott heard about the BP rig and headed straight for the Louisiana coast. She's a marine toxicologist and an environmental activist. And she wanted to share her experience and expertise with those who live and work on that coast, and provide some advice on the challenges they face. In our first hour, Dr. Riki Ott will also tell us those things. Click here, then follow the links.
2 comments
Read more 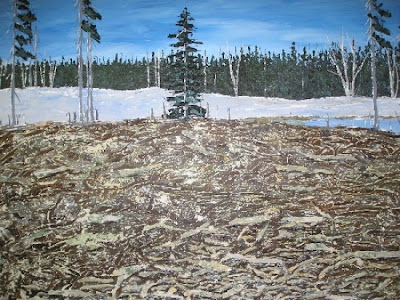 Response from Canadian Boreal Initiative Re: My Concerns about the 'Boreal Forest Agreement' (Peter Miller) Clearcutting in the Duck Mtn. by Mary Jane Eichler FOLKS, FOR THOSE FOLLOWING THE RECENT BOREAL FOREST AGREEMENT, HERE IS AN EXCHANGE BETWEEN LARRY INNES OF THE CANADIAN BOREAL INITIATIVE AND JOHN HUMMEL. THANKS TO BOTH FOR THIS POSTING. Dear Larry, Thanks for writing back regarding some of my concerns regarding this agreement. I will share your response with others who have similar concerns. I did include a link to the leaked version of the agreement in my email to everyone so they would have an opportunity to see everything in context and make their own judgment. As you may be aware, there is now a longer version of the agreement now on the internet at: http://vancouver.mediacoop.ca/sites/mediacoop.ca/files2/mc/Final.pdf Since this agreement has implications for all Canadians and Indigenous Nations, I was surprised that none of the signatories to
Post a Comment
Read more

- May 26, 2010
By Michael McCarthy, Environment Editor Wednesday, 26 May 2010 - the Independent Species are Vanishing Quicker Than at any Point in the Last 65 Million Years
Post a Comment
Read more

- May 26, 2010
For Immediate Release - May 26, 2010 “This agreement is not transparent, does not include the involvement of governments, nor First Nations and the boreal forest is still at risk,” said Susanne McCrea, Executive Director of the Boreal Forest Network. The agreement really does not protect woodland caribou, as it only defers logging and road construction in 72,205 ha over the next two years and not the supposed 29 million hectares that the signatories told the public, on May 18th. The Canadian Boreal Forest Agreement, signed by Canadian forest products companies and several prominent environmental groups, will make it more difficult for ENGOs to effectively campaign against large scale resource extraction by the Canadian forest industry and sidelines Indigenous Peoples rights to plan, manage and control activities on their traditional territories. A leaked copy of the full agreement can be found at: http://vancouver.mediacoop.ca/sites/mediacoop.ca/files2/mc/CBF
Post a Comment
Read more

- May 25, 2010
----- Original Message ----- From: Clayton Thomas-Muller FYI.... Please distribute widely! http://vancouver.mediacoop.ca/story/3448 39 page agreement marked "Confidential" available for download (Please note pages 38-39) by Vancouver Media Co-op The Vancouver Media Co-op has received a leaked copy of the Canadian Boreal Forest Agreement, which was announced yesterday in Toronto . Click here to download the 39 page agreement , which is marked "confidential." Note that the attachment does not include "schedules" including maps. We'll post it as soon as it becomes available. Here is IEN on APTN National News last night responding to Agreenment: http://www.youtube.com/watch?v=fCJozTZAFmI Another story Re: the 'Boreal Forest Agreement': http://vancouver.mediacoop.ca/story/3444 -- Join the IEN Newsletter! https://www.mynewsletterbuilder.com/tools/subscription.p
Post a Comment
Read more

Innovation of the Week: Providing an Agricultural Answer to Nature’s Call

- May 22, 2010
National Research Council of the Academies - US - May 21 - 2010 Strong Evidence on Climate Change Underscores Need For Actions Editor's note: Needless to say, our mainstream media are once again ignoring or playing down this important new report, opting instead to faithfully record every burp and fart on the stock markets, no matter how insignificant. l.p.
Post a Comment
Read more

Scouring Scum and Tar from the Bottom of the Pit

US Farmers Cope With Roundup-Resistant Weeds

Wild Horses and Sand Dunes: Sable Island to be Designated as a National Park 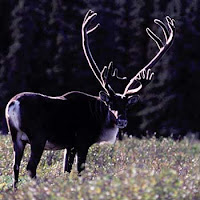 Brace Yourself: This Is the Tip of the Iceberg for Oil-Induced Enviro Catastrophes 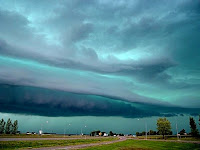 What If BP Were A Human Being?

Are Pesticide Regulators on theTake?

- May 14, 2010
Canadian Authorities Refuse to Protect Precious Pollinators From Known Toxins. Is Something Crooked Going on Here? by Larry Powell Nothing smacks of collusion between government officials and the agro-chemical industry, quite like the current crisis facing the world’s pollinators. For years, scientific research teams both far and near, have been documenting dwindling numbers, even extinctions, of several populations of pollinators like honey bees and bumble bees. Scores of reputable groups, including The Canadian Pollination Institute (CANPOLIN) , the Xerces Society and the National Academy of Sciences (NAS) in the ‘States, are all sounding the same alarm; “The diversity and abundance of insect pollinators are in a global state of decline. This decline represents a serious threat to the integrity of natural ecosystems and the production of many crops.” Xerces has been devoted to preser
2 comments
Read more

- May 12, 2010
by Larry Powell (This story also appears in the current issue of Canadian Dimension magazine.) Bill Blaikie is about to go through a bit of a “baptism by fire” as Manitoba's new Minister of Conservation. He will soon need to decide whether to order Louisiana Pacific Canada Ltd. (LP) to restart the pollution control devices it shut down at its wood products plant near Minitonas , in the Swan Valley over a year ago. If he does that, he will be throwing down the gauntlet to LP to make good on its threat to shut the whole plant down, dealing a body blow to the local economy. Or he could grant the corporation’s request for a permanent decommissioning of the devices. If he does that, it could mean more harmful industrial pollutants will continue to be released into the atmosphere than at any time since the plant opened, with the controls operating, in 1996. Not only that, he would almost certainly incur the renewed wrath of individual citizens and environmental groups who
1 comment
Read more

- May 11, 2010
by Emily Gertz May 10, 2010 OnEarth Right now, the northern Gulf Coast from Louisiana to the Florida panhandle is bracing...
Post a Comment
Read more
More posts