Friends - Just wanted to let you know, my article "Lament for the Honeybee," has now been published in the online magazine, "OnEarth." "OnEarth" is produced by the Natural Resources Defense Council, a major international environmental organization with more than a million members! 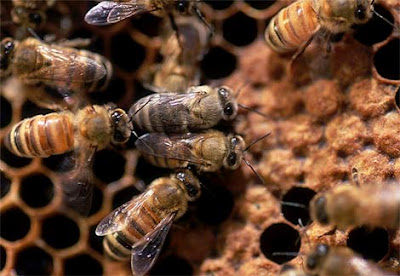 ABOUT: "OnEarth, the award-winning environmental magazine, explores politics, nature, wildlife, culture, science, health, the challenges that confront our planet, and the solutions that promise to heal and protect it.

Our contributors include (North) America's finest writers and poets whose original works appear on pages filled with prize-winning photography and splendid art.

Are you curious about who's cutting down (North) America's great forests... the newest plan to save Congo's last primates...why Detroit is stuck in reverse… the sex life of the poisonous moonflower… how Aboriginal Australians set the land on fire…a journey through Canada's wild northern Rockies? In every issue, we deliver stories to enlighten, surprise, and delight you.

Comment#1
JBL wrote on February 23, 2009, 04:20PM:
Modern Man conquers nature.
Do we really want to be part of the demise of bees and bats in our life time?
Bees and bats have been around before we came onto the scene but it has taken only a few years of "modern technology" from the hands of scientists to start the process of vanquishing these much needed species.
=====

Testimonials
"Congratulations Larry,
That is fantastic….way to go and make a positive difference in this wonderful world we live in. Mother Nature and the Animal Kingdom are also grateful. May you continue to speak your noble harmonious mind. Thank You."
Cheryl
(Cheryl is an activist for an ethical and sustainable livestock industry in Manitoba.)
=======
"Hi Larry,
Great article! Thanks for all the work you put into researching and writing. The world needs to know this information."
(Kate Storey - organic farmer & candidate - Green Party of Canada - Grandview, MB)
======
"Congrats Larry! I am glad that you are getting this distributed. It needs to be disseminated."
(James Beddome - Leader, the Green Party of Manitoba)
=======
"Hi Larry;
Congratulations and continued success!"
(Joe Leschyshn - anti factory-farm activist in Manitoba, CA)
=====
"Way to go Larry!"
(Glen Koroluk - water activist, Winnipeg.)
=====
(Please click on the "Honeybees" label down and to the right to read more on the subject.) 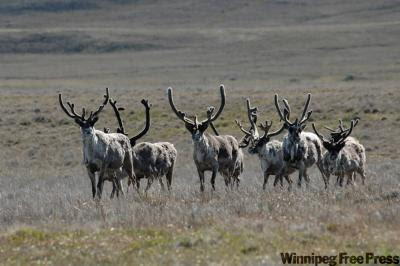 Caribou, the 'heart and soul' of the Far North and its most important food source, have begun disappearing in staggering numbers that have left stunned observers desperately searching for answers.

COMMENT: "The Tennessee coal ash disaster -podcast" entry in Paths Less Travelled made me discover your excellent blog that I look up regularly now.

The worst environmental disaster in US history - ever!
That's how some are describing the huge spill of coal fly ash at a holding pond before Christmas.
Matt Landon, a volunteer with United Mountain Defense, talks with Emily Voigt about the magnitude of the coal ash disaster at the Tennessee Valley Authority power plant in Kingston, Tennessee.

Are our "opinion-leaders" doing their jobs? Or, are they letting us down?
I will defend to the death the right of media commentators to speak their minds on any issue.
But what if those opinions are based on fairy tales rather than facts?
When addressing global warming, for example, are they seeking out the best evidence on which to craft their editorials?
Or are they simply being contrary, making their pronouncements based on nothing more than junk science or personal bias?
One doesn't have to look very far for media diatribes that label environmentalists as troublemakers or even "wackos."
According to these "opinion-leaders," those who drive hybrid cars or buy carbon offsets when they travel are wasting their time.
And lawmakers who clamp down on idling vehicles, are Communists!
They would have us believe that either global warming isn't happening at all, or is being caused by just about anything other than human activity.
So what is responsible then? Well, according to them, it's solar flares, or the tilt of the earth, or natural trends similar to what's happened throughout history! (All of which flies in the face of mounds of scientific evidence.)
Even my last barber absolutely knew that global warming is just a natural phenomenon and that Al Gore is a fraud!
He didn't point out any specific, factual errors Mr. Gore had made in his movie, or whether, in fact, he had even seen it!
Perhaps he's been listening to too many "opinion-leaders?"
Yet the degree of consensus that global warming is real, serious and "man-made" is remarkable.
Scientists who don't agree are rare, indeed: Like the one who speaks to farm groups, telling them what they want to hear;
that agriculture is not a major contributor to global warming when, in fact, it is.
I just can't bring myself to agree with this point of view. Because, to do so, I would also have to label as "wackos," the following;
• The world-renowned meteorologists and Nobel prize winners of the United Nations' International Panel on Climate Change,
• The scores of highly-qualified researchers and scientists of the World Watch Institute,
• The Earth Policy Institute (These last two being internationally-renowned, science-based "think-tanks." (Both were founded by Lester R. Brown, who has been described as one of the world's most influential thinkers),
• The thousands of respected universities around the world which employ academics with impressive credentials who publish countless science-based, peer-reviewed studies on a regular basis,
• "NASA," the North American Space Administration. (Dr. James Hanson of NASA pointed out the reality of global warming 20 years ago. He is now recognized as a virtual prophet in the field.)
• Institute of Science in Society (ISIS). Its director, *Mae-Won Ho is a widely-known science adviser, a much sought-after speaker and author of best-selling books.
I could list many more. But, you get the idea.
I would ask these "opinion-leaders," do you even read the studies these groups publish? Well I do.
After spending years studying to gain their degrees and their jobs, these experts spend much of their waking lives examining the world's climate.
They measure, observe, chart, document, photograph and prepare sophisticated computerized climate models (after weeks, months, or even years, often "on the ground" in remote, hostile conditions).
Do you?
My point is this. I am decidedly not one of the experts I list above. I don't have a masters degree is science, or meteorology. I have high school! Period!
That is precisely why I defer to them. After all, who the Hell am I not to? To do otherwise is to display arrogance of the highest order. 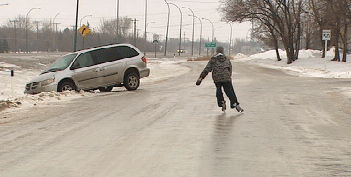 (Photo courtesy of the CBC)
Explain away, if you will, the unprecedented ice storm that hit Manitoba just last week, causing traffic chaos, highway and school closures and power outages. (Have you ever seen people "skating" down a major highway? I haven't.)
How about the huge snowfalls that have disrupted Victoria, Vancouver and London, England (which rarely if ever seen such freakish conditions). 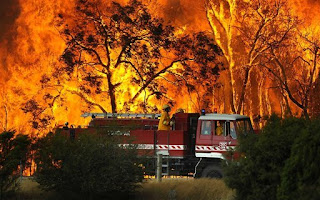 Or the incinerator that was southeastern Australia.
I would suggest that none of these "severe weather events" were the work of solar flares, or natural trends.
Climate scientists have been predicting for years that such events would increase in both intensity and numbers. And they have.
The Worldwatch Institute reports that recorded floods, hurricanes and other "natural" disasters, nearly doubled between 1987 and 2006.
So, are these "climate change deniers" really being responsible?
Or are they short-changing present and future generations by giving them faulty information on which to base the ways they respond to the climate crisis already upon us?
"Climate change scepticism is politically motivated, the evidence is all around us. Good science is about dispelling common prejudice, not taking leave of common sense." *Dr. Mae-Wan Ho 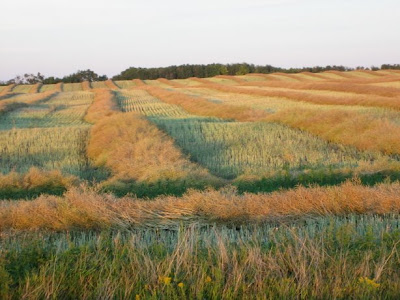 ScienceDaily (Jan. 15, 2009) — Global yields of most biofuels crops, including corn, rapeseed and wheat, have been overestimated by 100 to 150 percent or more, suggesting many countries need to reset their expectations of agricultural biofuels to a more realistic level.
Read more here>> 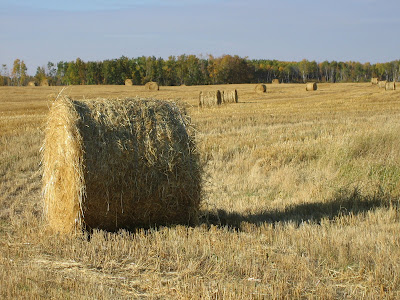 This Is Bad: We're Heading for 'Water Bankruptcy' 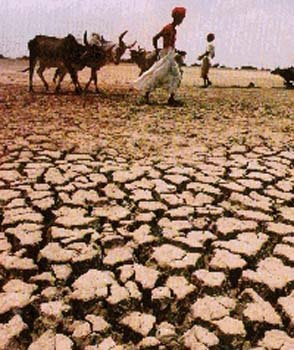 Posted by Tara Lohan, AlterNet at 4:42 PM on February 2, 2009.
From California to the Himalayas, things are looking bad.
In case you haven't been following recent headlines around water, they go something like this:
Read more here>>
- February 03, 2009 No comments: 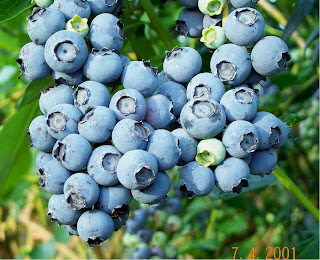 New research on blueberries is showing they contain remarkable medicine for activating the brain and preventing Alzheimer's disease. Check out the brief on this breaking news:
- February 02, 2009 No comments: