A Poem For Stephen

– by Larry Powell ‘Twas the night before Christmas and all through the land global warming was here. \ It was grand! It was grand! Cars would start! Ice would melt! Folks wore their light clothes , while up through their chimneys mere wisps of smoke rose! On the air one could hear mindless broadcasters say "It's eleven degrees. Hope this thaw lasts 'til May!” But up at the pole it was not Santa's day. Two of his reindeer had just passed away. Dasher and Dancer had sadly drowned while playing with mates confined to the ground. There was a river they could normally cross. But its ice had grown thin in the tenuous frost. The two were not helped by the fact they could fly. And the cold, clear water is where they did die. The great bears of the north had met similar ends. Just as learn-ed scholars did indeed portend. Christmas day dawned, but alas, 'twas not white! Lawns were brown, fields were black. It just didn't seem right! The s
2 comments
Read more 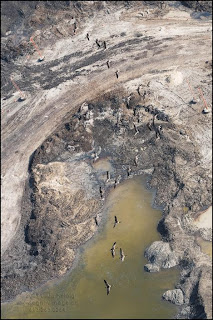 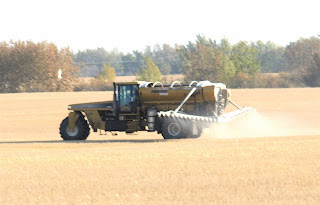 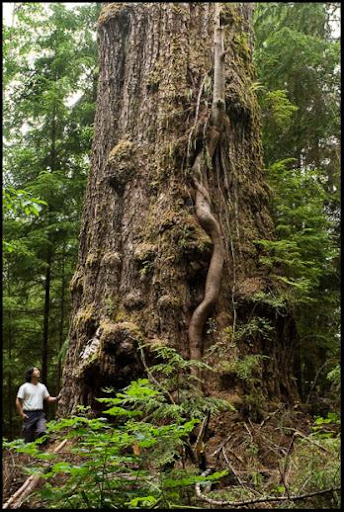 Ken Wu Speaks out for Old Growth at Copenhagen Climate Talks Wilderness Committee campaigner Ken Wu is in Copenhagen, drawing attention to the value of our remaining ancient forests on Vancouver Island for storing carbon. This past week he joined hundreds of thousands of protesters calling for Canada’s government to take real action on climate change. Ken spoke at the conference on climate change in Copenhagen on Monday, December 14, about Vancouver's forests and their effect on the environment. He based his most recent information on a report issued by the Sierra Club, ‘State of British Columbia’ Coastal Rainforest: Mapping the Gaps for Ecological Health and Climate Protection’ released Sunday, which noted that industrial logging over the decades has decimated old-growth tracts to below the level needed to preserve species. Decades of "industrial logging" have reduced vast tracts of old-growth coverage to below the 30 per cent per ecosystem mark -- the
Post a comment
Read more

- December 17, 2009
by CHARLES CAMPBELL - Dogwood Initiative Enbridge can't hide the fact that their Northern Gateway pipeline and tanker project has been delayed yet again. Could Dogwood supporters have anything to do with it? Read More . . .
Post a comment
Read more