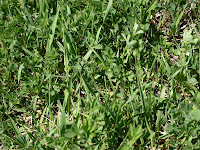 FOR IMMEDIATE RELEASE JUNE 22, 2010 SASKATOON, Sask.—The US Supreme Court ruled this week that genetically-modified (GM) alfalfa cannot be planted or sold in that country. This ruling has very significant implications for Canadian farmers and all other citizens. Canada’s National Farmers Union (NFU) participated in an “amicus brief” to the US Supreme Court as part of this case. The case, Monsanto v. Geerston Farms, marks the first time a GM crop case has been brought before the US Supreme Court. Ruling on a lower court decision, the Supreme Court upheld a ban on the sale and planting of Monsanto’s Roundup Ready alfalfa. The ban will remain in place until the United States Department of Agriculture (USDA) prepares a proper Environmental Impact Statement (EIS) and until the USDA succeeds in officially “deregulating” the crop—a move that will be scrutinized and opposed (possibly in court) by many groups. Work on an EI
Post a comment
Read more
More posts