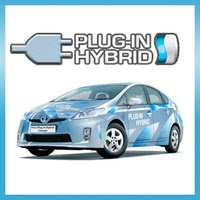 July 13, 2010 Manitobans will be among the first in the world to actively test Toyota's new Prius plug-in hybrid vehicle (PHV), Innovation, Energy and Mines Minister Dave Chomiak announced today, as the province took delivery of the new car, teaming up with Manitoba Hydro, the University of Manitoba and Toyota Canada to put it through its paces. "Our climate, previous experience with plug-in hybrid technology and Manitoba's abundant hydro electricity made this province a fantastic choice for these trials," said Chomiak. "These trials will help position Manitoba to adopt this greenhouse gas-reducing technology early. Having electrically powered vehicles would make Manitoba more fuel self-sufficient. It could also create opportunities for Manitobans to develop related products and services as well as expertise in researching and developing components for electric vehicles." "Toyota is grateful to have such important partners join us as we work toge
Post a comment
Read more

Deadly Summer for Canada Geese Who are Culled, Beaten to Death in the U.S.