How Ethical Are Ethical Funds? 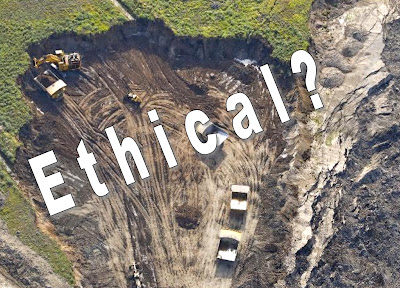 "Conscientious" investments and the tar sands connection   by Larry Powell ROBLIN, Manitoba, CA: I doubt that few investors with a social conscience would assume that the ethical funds they hold would be helping pay for such projects as the Alberta oil sands. I certainly didn't - turns out, I was wrong! Beautiful Destruction photo. All five of Canada's major banks lend money to tar sands operators. And all five are actually included in the portfolios of the many ethical investment funds in this country. As if that isn't enough, so too is at least one major corporation, Suncor Energy, which actually extracts the tar from the sands! Ethical Funds lists Scotiabank, the Royal Bank of Canada (RBC) and Suncor Energy among its top ten holdings. The investment company adds, RBC, for one, "provides significant capital to the oil and gas and other smokestack industries." Suncor describes itself as a "pioneer" a
2 comments
Read more
More posts