Climate of Denial - Can Science and the Truth Withstand the Merchants of Poison?

Rolling Stone Politics - by Al Gore The first time I remember hearing the question "is it real?" was when I went as a young boy to see a traveling show. Details here.
Post a comment
Read more

- August 10, 2011
Aug 8 The Dominion  Miles Howe FREDERICTON—Over 1,500 people from across New Brunswick & beyond take to the streets to oppose fracking... Details here. PLT: Gee I don't recall seeing any coverage of this in the mainstream media (MSM)! Surprise!
1 comment
Read more

Help Convince Canada to do the Right Thing About Asbestos!

Dear Larry , We are asking you to show solidarity with asbestos victims in the Third World and support the campaign to demand the Canadian government ban asbestos mining and exports. Asbestos kills over 100,000 people every year, and Canada is a major player in the death-dealing industry. In a change of tactics, we’re not targeting all Conservative Members of Parliament (MPs) - but just one. A number of other like-minded organizations are also ‘adopting’ a MP and focusing their efforts on convincing him/her what their party is doing is wrong, unethical and immoral. In our case – we have chosen to focus our efforts on the Federal Environment Minister, the Hon. Peter Kent, MP for Thornhill, Ontario. Peter is an intelligent guy and knows what his government is doing is wrong. We need to encourage him to support an end to Canada’s mining and export of asbestos. Peter and his government can prevent thousands of cases of cancer
Post a comment
Read more

Food Safety First Aug 10'11 PLT photo  After decades of protecting consumers against dangerous products, federal food safety inspectors are being pulled out of meat plants that produce for local citizens in BC, Saskatchewan and Manitoba. Details here.
Post a comment
Read more

An Enlightened U.S. Senator Warns us About the Ill-Conceived Keystyone XL Pipeline (Video) 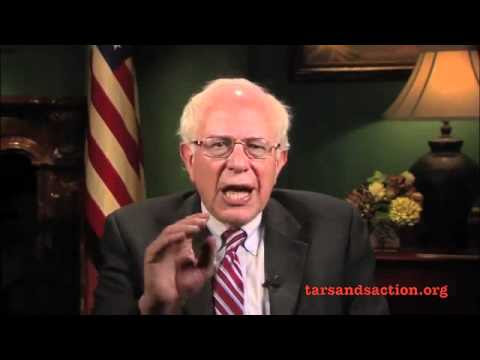 Manitoba Co-Operator The federal government has announced a grant of $10 million to Cargill Meat Solutions for its plant at High River, Alberta. Details here.           PLT photo   PLT: While one might welcome the fact that this money will go toward pollution control, it is one more indication that Canada has no plan whatsoever to embrace the "polluters pay" principle. Why should Canadian taxpayers be paying for what Cargill ought to be doing itself? What is even worse - Canada is poised to slash the number of food inspectors  in the name of Harper's holy crusade to hack and slash the deficit. I wonder if the situation described in my earlier blog post, "Cargill Meat Recall in the 'States," will now become even more common here?
Post a comment
Read more
More posts