- August 15, 2011
Economic Recession a Blip on Oil Consumption's Upward Climb World Consumed 87.4 Million Barrels Per Day in 2010 Washington, D.C. ---- Global oil consumption reached an all-time high of 87.4 million barrels per day in 2010, according to a new Vital Signs Online report from the Worldwatch Institute. The 3.1 percent increase more than makes up for the brief decline in consumption caused by the economic crisis. "Between the recession, the BP oil spill, and instability in the Middle East and North Africa, oil markets have been on a roller coaster the last few years," said Worldwatch Sustainable Energy Fellow Saya Kitasei, who co-authored the report along with Worldwatch researcher Natalie Narotzky. "When the dust settles, however, it is clear that the momentum of future market growth has moved to the developing world, where oil consumption did not miss a beat during the recession and shows no sign of slowing." Key findings from the report, w
Post a comment
Read more

Why You Should Care About the Oilsands

- August 15, 2011
By Clare Demerse , Pembina Institute - Au 8 '11 Anyone who works on climate change policy in Canada, like I do, ends up talking about the oil sands on a daily basis. Details here.
Post a comment
Read more 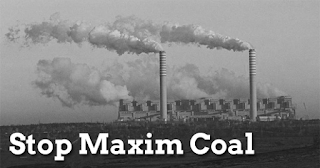