Pity Rex Murphy. At This Point, He Has No Place To Go 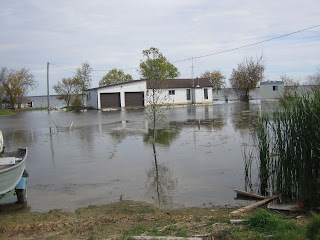 18 Oct 09 Jim Hoggan Desmog Blog For years, Canada’s most famous climate denier —- a national broadcaster, columnist and author has  railed against science. Details here. PLT: Severe flooding on Lake Manitoba (above) has dragged on for several dreary months. According to the science, the patterns of severe weather events like this are now unmistakable. Climate change is almost certainly playing a role. And dinosaurs like Murphy only stand in the way of enlightened action to reduce such catastrophic effects. PLT photo. =====  PLT: As you can see, this story came out quite some time ago. I must have been sleeping, for, while I am not surprised, I believed Rex's dubious distinction as a climate-denier was quite a recent revelation. (Please also read "Is Rex Murphy About to Damage the CBC's Reputation?") I am posting this here for the benefit of others who were similarly unaware. This does not diminish my outrage, however, nor apparently, that of others. That an indivi
1 comment
Read more

If you enjoy this blog, please consider donating to the author to keep it going. Thanks! Larry Sept 30, 2011 - The Sydney Morning Herald   (AP Photo/The Canadian Press, Jonathan Hayward)  Two ice shelves that existed before Canada was settled by Europeans  diminished significantly this summer…. Details here. ==== "The globe is not warming, but actually cooling." Canada's most infamous climate skeptic, Tim Ball. PLT: Only in the fevered brain of a climate crank would our ice shelves be disappearing in a world that is actually cooling! Please also read: Canada's Main Climate Skeptic Continues to Mislead
Post a comment
Read more
More posts