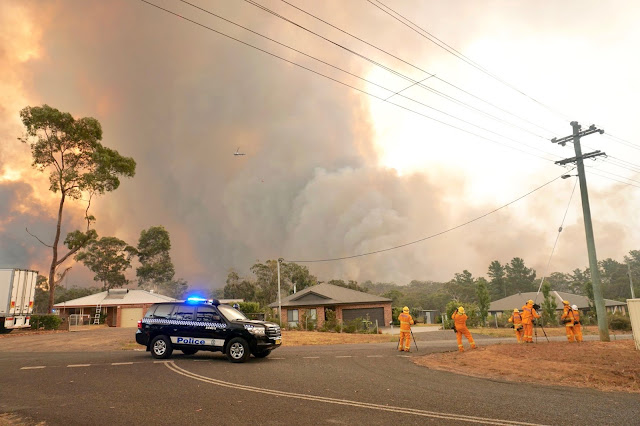 by Larry Powell The Green Wattle Creek bushfire moves  toward the Southern Highlands township of  Yanderra, Australia as police evacuate. Dec. 2019. Photo by Helitak 430. A new study finds,  manmade climate change did, indeed, worsen the bushfires which ravaged much of southeastern Australia late last year and early this year. An international team of seventeen scientists has just concluded, the probability of conditions developing like the ones which kindled the catastrophic blazes “has increased by at least 30% since 1900 as a result of anthropogenic climate change.”   And that figure could be much higher considering that extreme heat, one of the main factors behind this increase, is underestimated in the models used.  The heating of the planet, largely due to human extraction and burning of fossil fuels, has, for some time been shown to be the main factor behind the development of storms that are more intense and frequent than before. Looking to the future, t
Post a comment
Read more
More posts