Showing posts from September 8, 2020
Show All 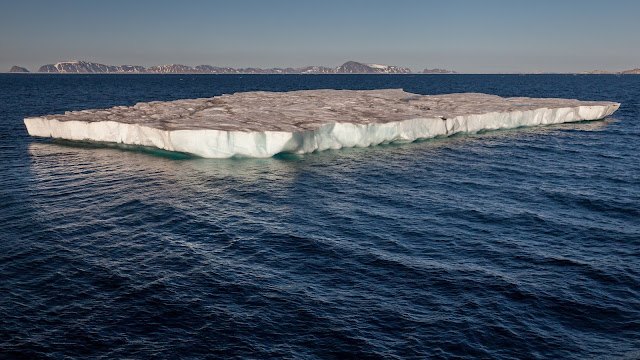 Science Daily A table iceberg in the Norwegian Arctic. Such icebergs are rare as they calve from shelf ice, which is also rare. They're normally a typical form of iceberg in the Antarctic. This one is about 12m high and about half the size of a soccer field. Photo by Andreas Weith. The eastern Arctic Ocean's winter ice grew less than half as much as normal during the past decade, due to the growing influence of heat from the ocean's interior, researchers have found. Story here.
Post a comment
Read more
More posts