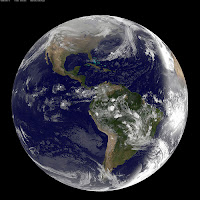 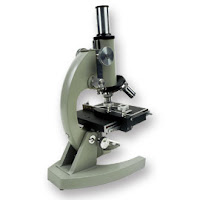 PLT: Please overlook the technical glitches of this video and listen to what James says. He makes a lot of sense! (Bipole 111 is a planned, major transmission line which would carry hydro power from northern Manitoba, mostly for export into the States.) The old-line parties are debating WHERE it should run. Mr. Beddome asks, does it need to run anywhere? 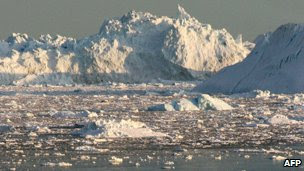 Thousands of icebergs are "calving" from
Greeenland's glaciers each year. (Courtesy BBC)

A giant iceberg has lodged itself off the south coast of Labrador. It's believed to be part of an even larger iceberg which broke away from the Petermann Glacier in Greenland last summer and it's creating big problems for local fishers. Some experts fear it could be a sign that the Greenland ice cap is melting faster than previously thought. Just click this link to listen.

Apr 13, 2011 Manitoba Co-Operator
Canada's lentil industry wants to see the European Union afford the same tolerances for glyphosate residue on lentils as it does on other pulse crops. Details here.
PLT: With evidence mounting around the world about health risks associated with Roundup, the clamor for it just increases. I fear Monsanto will win this race to the bottom!
at June 27, 2011 No comments:

Richard Gray - The Telegraph - 26 Jun 2011
Swarms of venomous jelly fish and poisonous algae are migrating into British waters due to changes in the ocean temperatures, a major new study has revealed. Details here.
at June 26, 2011 No comments:

By RANDOLPH E. SCHMID  HuffPost Green -  06/20/11
WASHINGTON -- Sea level has been rising significantly over the past century of global warming, according to a study that offers the most detailed look yet at the changes in ocean levels during the last 2,100 years. Details here.
at June 22, 2011 No comments: