Canada Becomes an Environmental Pariah on the International Stage Once Again!

Winnipeg Free Press - by Gwynne Dyer
In 2007, oil drillers found a reservoir of an estimated 846 million barrels of heavy crude in Yasuni National Park, in Ecuador's part of the Amazon. But the park is home to two indigenous tribes that have so far succeeded in living in voluntary isolation -- and it is listed by UNESCO as a world biosphere reserve. A single hectare of Yasuni contains more species of trees than all of North America. Details here.
at August 28, 2013 No comments: 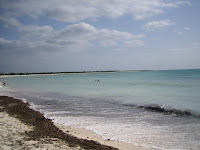 The slow and inexorable increase in the oceans’ acidity as they soak up carbon dioxide from the atmosphere could itself have an effect on climate and amplify global warming, according to a new study. Details here.

Yosemite Fire Swallows Everything in its Path

Canadian Press
Officials in British Columbia have privately warned that the province lacks the ability to manage oil spills from existing and future oil traffic, and even a moderate spill would overwhelm their ability to respond, documents show. Full story here.


Chiefs want compensation for removal of water from their traditional territories. Details here.
at August 22, 2013 No comments: