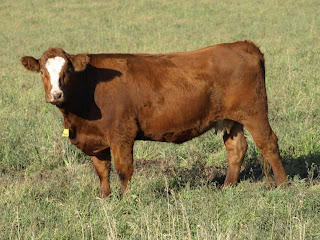 One Of The World's Top Bee Scientists Has Been Suspended for Publishing Research on Bee-Killing Pesticides. (Donations Requested) 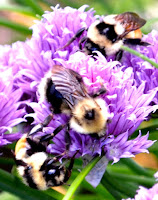 PinP photo.
Jonathan Lundgren was an award-winning scientist for 11 years with the U.S. Department of Agriculture. But once he started publishing data linking pesticides to bee and butterfly die-offs, he was ordered to stop talking. Help Jonathan by donating!
at January 11, 2016 No comments:

So You Think You Have Control Over Your Children's Environmental Education? THINK AGAIN!

by Larry Powell
Every loving parent, I'm sure, would like to be able to guide their kids in a way that best equips them to deal with the environmental challenges which lie ahead - foremost among them being climate change and the greenhouse gases so prodigiously produced by the transportation sector (cars). This "criminally-negligent" car commercial (& others like it), shows how soulless multinationals like "Chevy" can seduce young minds while conveniently ignoring the fact that their products are a main culprit in endangering the futures of these same children with their pollution! You'd never know it by watching this kind of crap. So where does that leave our kids in terms of being instilled with the best "eco-wisdom" possible? DUMB AS POSTS. THAT'S WHERE.

Here's a thought. Why not force the Chevy's of the world to include a warning with every car ad whether on TV, Radio or print. It would inform viewers/readers that their products contribute to catastrophic climate change which is threatening the environment and human life on Earth, including (especially?) children. That would never fly, you say? Well, they've been running similar warnings on TV ads for pharmaceuticals in the States for years and the sky hasn't fallen yet!
at January 11, 2016 No comments:

'Case is Made' for Anthropocene Epoch

A huge farm sprawls across the southern slopes of the Duck Mountains in Manitoba, Canada.  PinP photo.
An international scientific panel which has been tasked with defining the so-called Anthropocene, says humanity's impacts on Earth will be visible in sediments and rocks millions of years into the future. More here.
at January 08, 2016 No comments: 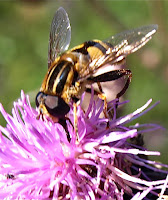 Risk evaluation could pave the way for a rolling back of the hard won EU-wide ban on three neonicotinoid pesticides. More here.


Other insects are lesser, but still significant pollinators. Like this common "Hoverfly." PinP photo.
at January 07, 2016 No comments: