ORGANIC MEAT JUST ONE OF THE GOODIES AVAILABLE her guests some of the livestock. In addition to pork, the Storeys will have their free-range eggs for sale at the market, too! 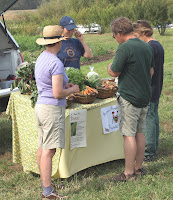 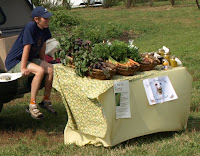 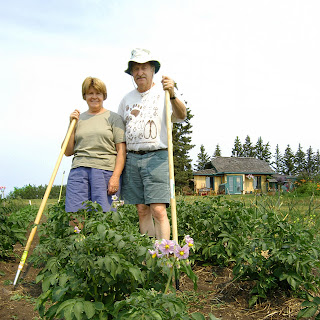 Rowena and Larry Powell operate a vegetable market garden on a 6-acre parcel they call Earthkeeper Farm. It’s less than 20 kilometers northwest of Roblin.
For five years, their produce was certified organic through the Organic Producers’ Association of Manitoba.
While they no longer have their crops officially certified, their growing methods remain the same.
“We grow organically because we believe in it,” says Larry. “I think far too many chemicals are used on our food crops these days. We somehow have to find a way of 'getting our farms off drugs'and going organic!"
The Powells have marketed much of their produce at farmers’ markets in Winnipeg.
“It’s a long way to go,” Larry adds, “but that is where we had to go to find a ‘critical mass’ of people interested in organics.
“Eventually, I’m sure the market for organics, specifically, will grow to the point where smaller, urban communities will also seek it out. 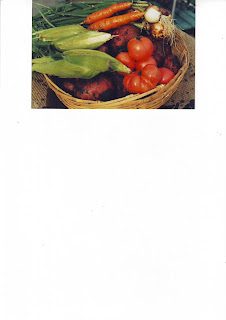 “We’ll have lots of "fresh from-the-ground" stuff on sale at the Roblin market on Sat., August 30th (the Labour Day weekend). We’ll see you there!” 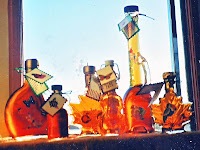 The Powell's will also be selling a limited quantity of their pure, homegrown maple syrup at the market. 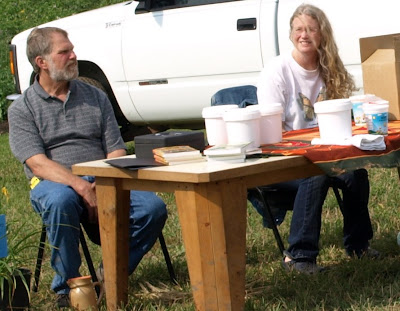 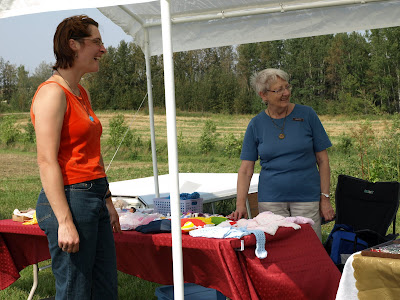 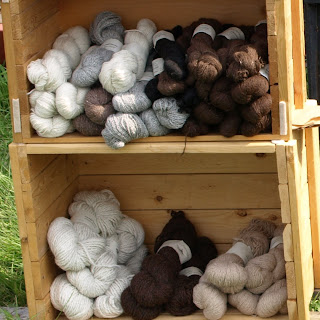 Brenda Neuhofer of the Inglis district will display the fine wools of "Asessippi Alpaca Products"(L), and finished goods made from the wool." These will include toques, scarves, socks and even blankets. 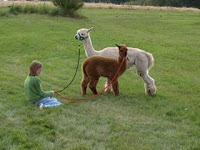 And, oh, by the way, don't be surprised if one or two of the animals themselves will make an appearance there!
Email Post
Labels: Cultivating Communities