Statement by Concerned Citizens of the Valley 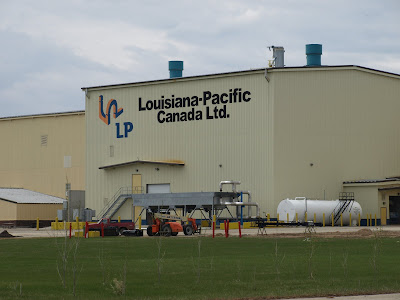 Concerned Citizens of the Valley is a group of people who live in the Swan River Valley of west-central Manitoba, CA. In the mid-1990’s, Louisiana Pacific proposed to build an Oriented Strandboard mill near Minitonas in west-central Manitoba. Clean Environment Commission hearings on the environmental impact of the OSB mill were held in 1994. The wood products plant in question. (photo by Larry.) At the time of the hearings, the US Environmental Protection Agency had reached an agreement with Louisiana-Pacific to install Regenerative Thermal Oxidizers in it’s US mills. These RTOs limit the emission of toxic compounds like formaldehyde, benzene and Volatile Organic Compounds, toxins known to be hazardous to human health. In Manitoba, requirements were far less rigorous and Louisiana-Pacific did not propose to install RTOs, nor was the government suggesting that the Company do so. It was the view of some that Manitoba citizens should be afforded at least the same level of health and
Post a comment
Read more
More posts