Showing posts from November 3, 2009
Show All

Reforming Our Food Production Can Start With Curbing Antibiotic Use

Lizards, Rodent and Tree Frog Join Over 17,000 Others on Endangered Species List

- November 03, 2009
By: Frank Jordans, THE ASSOCIATED PRESS - 3/11/2009 GENEVA - A rare Panamanian tree frog, a rodent from Madagascar and two lizards found only in the Philippines are among...
Post a comment
Read more

Our Degrading Landscape - by Larry Powell 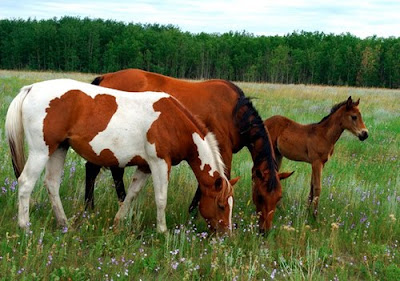 Man's mark on Planet Earth can now be seen at every turn. Not only does an increasing human population put greater demand on finite natural resources, each one of us seems to need, or want ever-more of what we already have. Jul.'04 - A wildflower field in western MB . Photo by Graham Powell (l.p. photos-click to enlarge.) Nov.'09 - Five years later, the trees in the background of the same field (above) are being logged. T he future of the field itself, where wild crocuses bloom in profusion each spring, is unknown. For some time now, more and more landowners throughout southwestern MB (not necessarily this one) have been signing agreements with Louisiana Pacific, a foreign-owned multinational corporations to supply it with logs. The company lied to authorities when it was first granted its license in the '90s, saying there were enough trees in its initial license area in the Duck and Porcupine Mountains to last "for a hundred years." If this were the
Post a comment
Read more

Toxic Contaminants: The Other Scourge

- November 03, 2009
By Neena Bhandari SYDNEY, Nov 2 (IPS) - As the world focuses on the impact of climate change, little attention is being paid to yet another...
Post a comment
Read more