Why We Need More Organic Beekeepers 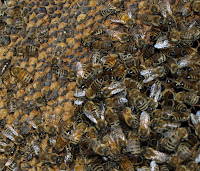 - November 10, 2009
FOR IMMEDIATE RELEASE - November 10, 2009 WASHINGTON – A new EPA study shows concentrations of toxic chemicals in fish tissue from lakes and reservoirs in nearly all 50 U.S. states. For the first time, EPA is able to estimate the percentage of lakes and reservoirs nationwide that have fish containing potentially harmful levels of chemicals such as mercury and PCBs. “These results reinforce Administrator Jackson’s strong call for revitalized protection of our nation’s waterways and long-overdue action to protect the American people,” said Peter S. Silva, assistant administrator for EPA’s Office of Water. “EPA is aggressively tackling the issues the report highlights. Before the results were even finalized, the agency initiated efforts to further reduce toxic mercury pollution and strengthen enforcement of the Clean Water Act – all part of a renewed effort to protect the nation’s health and environment.” The data showed mercury c
Post a comment
Read more

- November 10, 2009
Published on Tu. No. 10, 2009 by The Guardian/UK - by Terry Macalister The world is much closer to running out of oil than official estimates admit, according to a whistleblower at the...
Post a comment
Read more

BBC - Oct. 10 - '09 - Australia's koalas could be wiped out within 30 years unless urgent action is... photograph by koala.net
Post a comment
Read more
More posts