Clean-Air Crusaders Suffer Setback in "The Battle in the Boreal"

- September 10, 2010
by Larry Powell ROBLIN, MB Se 10-2010 Environmentalists and citizens battling to protect air quality in parts of the Swan valley of western Manitoba have suffered a setback. “Paths Less Travelled” has just learned, Manitoba’s Clean Environment Commission is recommending that Louisiana Pacific Canada Limited’s wood products plant near Minitonas, be allowed to continue to operate without the use of pollution control devices. For complete report, go to http://www.cecmanitoba.ca/hearings/index.cfm?hearingid=1#4 and click on "results," then "PDF." Opponents of LP’s application to keep those controls (known as regenerative thermal oxidizers) shut down permanently, have yet to comment on the recommendations, which were just made public today. Groups such as “Concerned Citizens of the Valley” had been strongly opposing the shutdown, claiming it would lead to sharply increased releases of toxic substances from the plant, into the air. Manitoba’s Minister of th
Post a comment
Read more 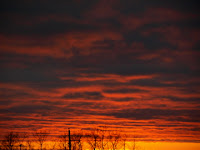